COI Bishop calls for greater seperation of Church and State

Addressing the congregation at the annual St Patrick’s Day Civic
Service in Saint Fin Barre’s Cathedral,
Cork yesterday , the Church of Ireland Bishop of Cork, the Right
Reverend Paul Colton, said that
Saint Patrick’s Day – a festival which is at one and the same time a
national day and a
religious event – ‘confronts us all annually with questions about the
place of religion in
our society.’ Referring to issues of our day Bishop Colton said that,
as a relatively
young democracy, ‘we have some major Church-State growing-up and
disentangling to
do; and religious groups have to get used to what it means to be
religious in a secular
society.”

I cannot help but feeling – especially as I witness, and am personally
engaged, in Church-State
dialogue, in the field of education especially, in the care of the
elderly, and in the voluntary charitable
sector; and as we all take part in on-going vigorous debate about all
sorts of issues, including the
proposed abortion legislation, marriage equality rights, and the
affording of protection to Lesbian and
Gay people in a religious workplace, to name some examples – I cannot
help but feeling that we have
some major Church-State growing-up and disentangling to do.

The State has the challenge of accommodating, in a secular way, in its
legislation, within the Rule of
Law, outlooks which take account of the new diversity, religious and
non-religious. Religious
groups, churches, particularly churches that have been used to
exerting major influence (including, in
spite of its size, the Church of Ireland) have to get used to what it
means to be religious, and to work
out our faith, in a secular society. 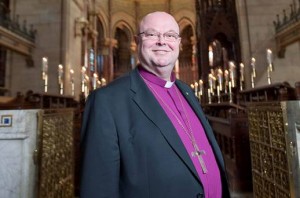 COI Bishop calls for greater seperation of Church and State added by TheCork.ie on 18th March, 2013
View all posts by TheCork.ie →