By David O’Sullivan
http://twitter.com/David_OSullivan
Updated: 10.30am

The Cork City Bus station is eerily quiet this morning, even for a Sunday.

No busses are coming in or out because of the drivers strike, althought the
GoBe Dublin>Cork service is expected later because it is operated by a
company which is separate to Bus Eireeann.

Most passengers are staying away – knowing there is no point walking to
Parnell Place – however some foreign passengers, and other people who
haven’t been following the news have been turning up.

Nearby Taxi drivers who I spoke to TheCork.ie said they supported the right
of bus drivers to strike to maintain their pay and conditions.

Taxi drivers near the bus station said they have not seen an upsurge in
business because
there are so few fares around the deserted bus station plaza. 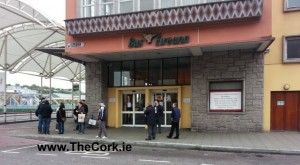