[Audio] Foul smell to be ‘eggstracted’ from Clonakilty

Something is afoot in Clonakilty, there’s an odor in the air in what is usually a scenic West Cork Town.

It has been descirbed at a “rotten egg” smell.

The cause is understood to be the council-run waste water treatment plant being overloaded, and concurrently farm discharges into Clonakilty Bay.

The bay – which can be seen on the road to Inchydoney Island – has large areas of tidal mudflats.

At the Western Committee Meeting of the Local Authority this week County Cllr Noel O’Donovan and Donal O’Rourke have asked council officials to tackle the problem.

While the causes of the current smells are according to the council ‘difficult to determine’ the council are clear in the fact that there is no evidence of raw sewerage leaking from the treatment plant.Thankfully,the director of the Environmental Department was also present at the meeting and it was agreed that a further examination would be undertaken as to the causes of the smell and that air pollution levels would be examined in various areas of the town.

In addition, I questioned the progress of the overall upgrade of the treatment plant and how 6 months on from the initial announcement of funding we are yet to see these much needed works commence on the ground.

The problem in Clonakilty goes as far back as at least June 2012 when Cllr O’Donovan spoke to TheCork.ie at a County Council meeting. Back then the County Manager indicated the problem was being tackled, but that there was a question mark over who would pay for the treatment plant upgrade: Cork County Council or Irish Water.

Here is Noel O’Donovan from June 2012

Following the Western Committee meeting and the request for a start date on the WWTP upgrade in Clonakilty, the best information available to me shows a start date of 18th November at the Long Quay Pump Station and that work at the Treatment Plant is due to start on the 19th December, subject to a pending design approval. This design approval is in the hands of Irish Water.

So locals in Clonakilty must hope that by December works will begin on the treatment plant.
Councillors in the area will continue to press officials for movement. 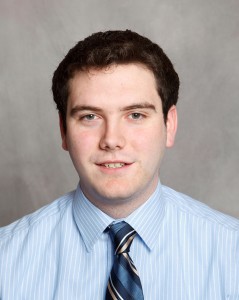