The meeting titled “2014 Elections: Kick Out the Parties of Austerity” was addressed by Socialist Party TD Joe Higgins who traveled from Dublin. 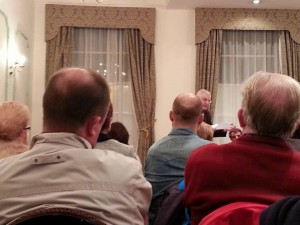 The Alliance will contest more than 40 seats nationwide in the local elections, and Deputy Higgins has been attending the local launches of other areas in recent days.

The Alliance is “demanding an immediate end to austerity policies and will feature opposition to the proposed new water tax prominently in its campaigning agenda”.