The Anti Austerity Alliance have held their first public meeting in Cork
since election victory. 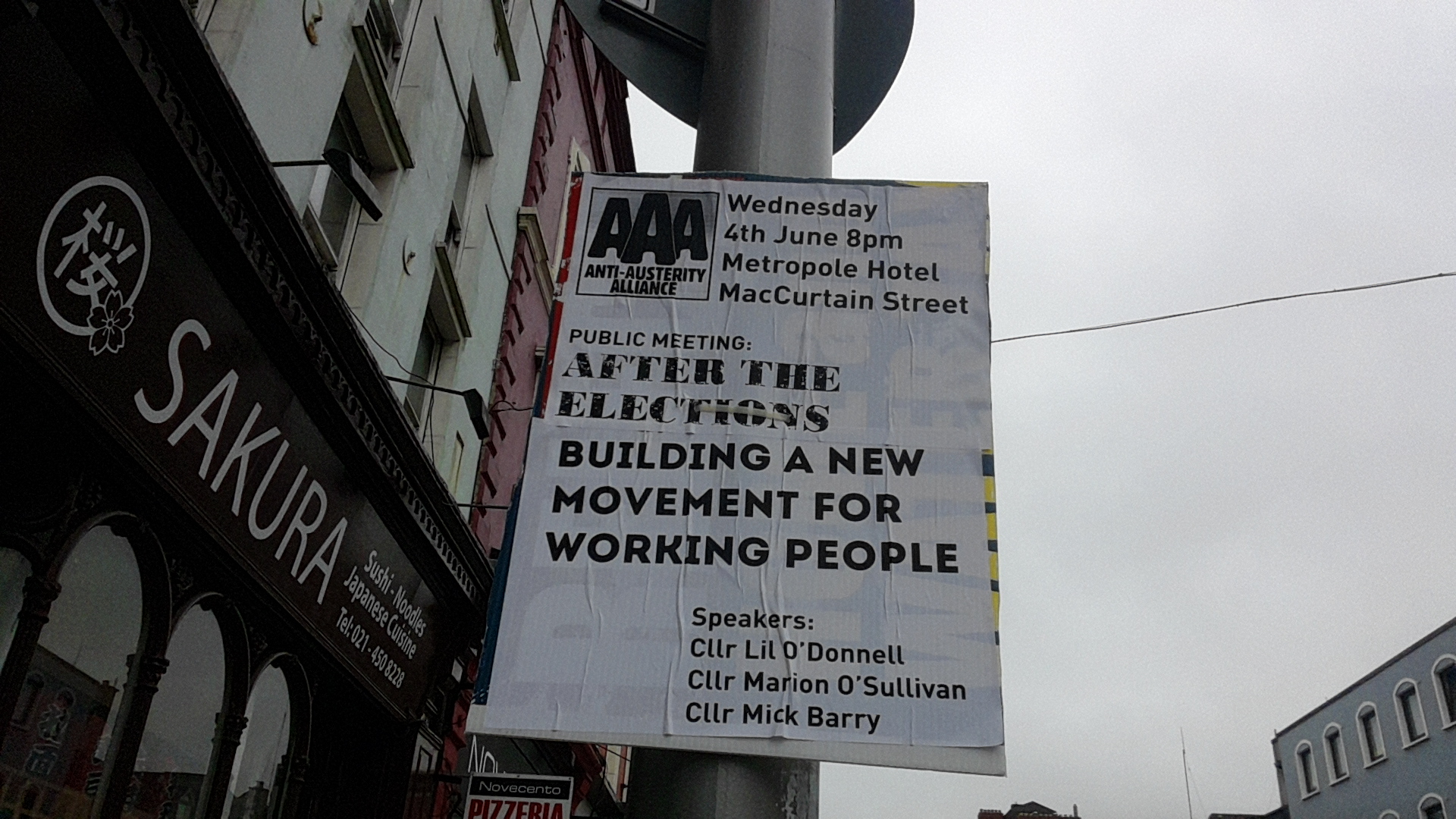 In the City Council area the Alliance increased it’s number of Councillors
from one to three.
although in the County Council their single candidate was eliminated.

In City Hall long serving AAA Cllr Mick Barry will be joined in the Chamber
by Councillors Lil O’Donnell from the North Central ward, and Marian
O’Sullivan from North West

TheCork.ie asked the two new women Councillors what their priorities will
be in the short term