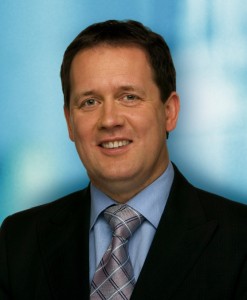 RENUA Ireland Cork East candidate Paul Bradford has warned that the Minister for Finance must move to dispel claims that the proposed scrapping of USC was a classic election stroke.

”The Minister for Finance must move to dispel growing concern that the proposal to abolish USC is informed far more by politics than economics.

Little more than twelve months ago Mr Noonan told me in the Seanad that USC would not go.

RENUA Ireland is proposing that USC be abolished as part of our comprehensive strategy to fundamentally reform the Irish taxation system.

Our concern is that the government’s proposed reforms are being done on the hoof.

Indeed thoughtful people are noting that this proposal looks far more like a classic election stroke than a ‘plan for recovery’ based on real financial issues.

This back of an envelope style economics can only feed growing concerns that a toxic duo of boom and bust economics and the politics of promises are what you make in elections have returned.

It is time Mr Noonan emerged from the fiscal closet and explained why he has engaged in one of the more dramatic fiscal u-turns in the history of the state.

Little more than a year ago on the floor of the Seanad Mr Noonan said on October 23rd 2014 that USC is ‘a necessary measure to widen the tax base, remove poverty traps and raise revenue to reduce the budget deficit.”

Mr Bradford also noted that Mr Noonan had previously stated USC was a ‘permanent structure’ which would be ‘a permanent feature’ of the personal taxation system.

”Like magic as an election comes ever closer the imperative to retain the USC has disappeared.

Mr Noonan also needs to explain and reveal the methodology used to arrive at this u-turn.

He must also clarify what form of new wealth tax will be applied to entrepreneurs and those who earn more than a €100,000 Euros per annum to make up this deficit.

Why are the Government proposing to abolish USC? – asks East Cork candidate Paul Bradford added by TheCork.ie on 26th January, 2016
View all posts by TheCork.ie →