People of Cork have waited too long for promised flood protections

Sinn Féin candidate for Cork North Central Cllr Thomas Gould have described as “unacceptable” the length of time that people in Cork have been waiting for promised flood protections. 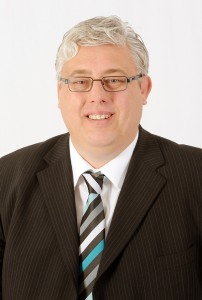 “People in places like Blackpool, Glanmire, and businesses in the city centre have been listening to the government, and the Office Public Works, making promise after promise regarding flood protections. This has been going on for years. All we hear is that there are plans in place, but nothing has ever materialised. It is coming up on the doors all the time. It is unacceptable.

“Over the last number of years, we have asked the government to put in place an insurance scheme to support people and businesses in areas that cannot get flood insurance. At the time, Fine Gael and the Labour Party responded well to the proposals, but it still has not happened.

“I also put forward a motion in Cork City Council calling on the government to initiate a programme through which flood protection barriers would be installed in all council housing in the worst affected areas. We also proposed that businesses, and those living in private homes, should be provided with a grant for installing flood protection measures.

These are all reasonable and considered proposals that would make a meaningful difference. Sadly, the government and the OPW are still sitting on their hands.

“People in Cork could be facing the destruction of their homes and businesses if we are again hit with flooding on the scale that we experienced last year. That is the frightening reality and the worst thing is that people could be better protected, in adequate time, if officials act now.

“I have grave doubts that we will ever see the promised protections if the government parties are re-elected. Their track record on delivery speaks for itself.

“The OPW needs to match the amount of planning it does with some implementation.They are still dragging their heels even after the devastation experienced in the last few months. They haven’t acted fast enough and officials now need to stop stalling and get the job done.

“We have waited far too long for the flood protections that are so badly needed.”