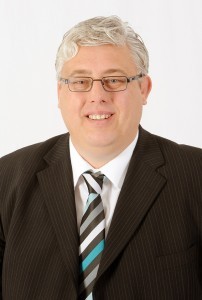 Sinn Féin’s Cllr Thomas Gould, the party’s leader on Cork City Council, has said that Sinn Féin will vote to reduce the Local Property Tax for the citizens of Cork City at a meeting of City Council tomorrow evening.

“The Local Property Tax should be abolished and Sinn Féin has given a commitment to abolish the LPT if elected to government”.

“In the interim, we will use the legislation provided to all local authorities to reduce the burden on our citizens by reducing the rate by a full 15% and provide some relief for people.

“No doubt that there will be attempts to relate the housing crisis, issues with the local road network and public realm to the cost to the City Council of reducing the LPT.

“The responsibility however to significantly address all these issues lies with central government and the relevant Ministers, successive governments have starved local authorities of funding while property tax monies were diverted to establishing Irish Water at a huge cost rather than in to essential services.

“The people were misled and they should not be hit with a double whammy now and be expected to accept an increase in their LPT or see no change to the rate which will actually result in an increase on last year, it seems the no change option is favoured by Fianna Fáil & Fine Gael at City Hall.

“In the 2014 local elections Sinn Féin gave a commitment to abolish the LPT and we stand by our word.

“Thursday night’s vote is about the Local Property Tax and previous commitments made by all parties on the issue.”