FARMING: Cork based Agri Minister Creed publishes Request for Tenders for the provision of advisory services to Beef Producer Organisations

The Cork based Minister for Agriculture, Food and the Marine, Michael Creed T.D., has today published a Request for Tenders for the provision of Advisory Services to Beef Producer Organisations (PO). This public procurement competition will provide for the approval of facilitators to provide advisory services to POs or prospective POs for the purposes of recognition in accordance with Regulation (EU) No 1308/2013 establishing a common organisation of the markets in agricultural products. This is one of the measures under EU legislation designed to strengthen the position of producers in the food chain. 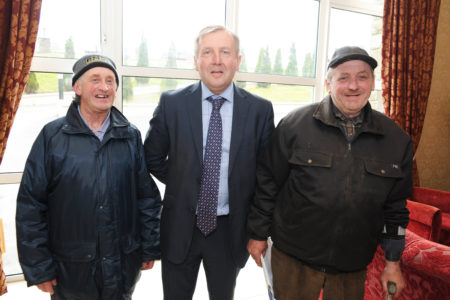 The legal and advisory costs associated with the establishment of POs up to a maximum of €3,000 will be provided by the Department on a once off basis. This will allow prospective POs to engage individuals or organisations who can provide the necessary advice to them on the formation and running of a PO, as well as the submission of an application for recognition to the Department of Agriculture, Food and the Marine.

Minister Creed stated “this is especially important for those groups of farmers for whom acting collectively will be a step into the unknown. By engaging facilitators with the necessary skills and experience in these areas, groups of farmers who may be engaging with each other on an informal basis already, through a discussion group for example, will be able to seek the necessary expertise to allow them to act collectively in a more concerted manner in relation to their farm businesses. The recognition of a PO by my Department allows them to negotiate collectively on behalf of their members with processors for the price they receive for animals they supply for slaughter. This is a very important step in allowing primary producers to be more than mere price takers but instead to proactively engage with processors in negotiating the supply and sale price of their cattle.

The Minister also reminded farmers that his Department has provided guidelines and recommendations which will assist prospective POs in establishing themselves. These are available on the Department’s website

Minister Creed encouraged farmers to avail of the benefits of Producer Organisations which have worked successfully in other sectors of the agricultural economy. The Minister added “Producer Organisations have the potential to be much more than a tool for the negotiation of the sale price for cattle. The benefits of a PO can extend to other areas of farmers’ farm business including knowledge transfer. I am conscious of the challenges faced by primary producers in the beef sector currently and I strongly believe that POs have an important role to play in allowing producers to strengthen their position in the supply chain and to make a positive contribution to producers overall business’.”