By TheCork.ie on 12th December, 2017Comments Off on VIDEO: Spike Island in Cork Harbour comes 2nd at the World Travel Awards 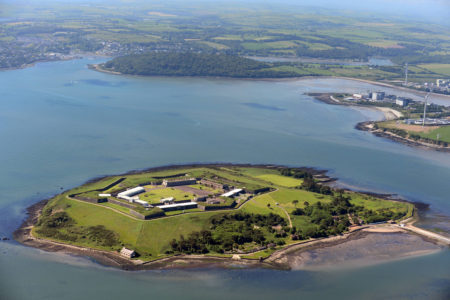 The overall winner was Machu Picchu with Spike Island finishing ahead of Mount Kilimanjaro, the Burj Khalifa and the Great Wall of China who were among the nine finalists of the World Leading Tourist Attraction.

It’s been an extraordinary year for Spike Island which was a working prison up to 2004. Responsibility for the island was handed over to Cork County Council in 2010 and following an investment of over €6 by the Council and Failte Ireland, the island reopened in June 2016.

This year Spike Island has been named Europe’s Leading Tourist Attraction of 2017, earned a Cork Business Award as Art’s and Entertainment business and a Chambers Ireland Excellence in local government award.

Chief Executive of Cork County Council Tim Lucey sees the growth of Spike Island as a major player in the Cork tourist offering, “It is a major boost for the county and country to have such recognition for this attraction. Importantly we grew the visitor’s numbers by over 70% this year to 45,000, giving tens of thousands a safe and memorable visit while leaving a lasting impression of Cork.”

Mayor of the County of Cork, Cllr Declan Hurley highlighted how wonderful it was to witness the growth and success of Spike Island, “I would like to thank everyone involved with Spike Island for their hard work, commitment and continued support. I am confident that we are witnessing the establishment of what will be one of Cork’s iconic visitor attractions.”

Below: Watch a series of short videos about excavations on Spike Island
Created by UCC, and voiced by David O’Sullivan