By TheCork.ie on 1st February, 2018Comments Off on SOCCER: Cork Connections Eyeing the UEFA Nations League 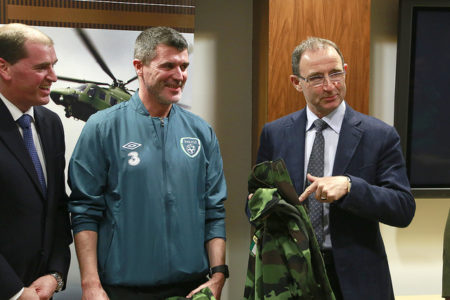 The inaugural UEFA Nations League gets underway on September 6, 2018 and a number of Republic of Ireland internationals with Cork connections could be involved.

Manager Martin O’Neill and Cork native assistant Roy Keane confirmed their contract extensions through to Euro 2020 prior to the Nations League draw that took place on January 24.

Ireland face Wales and World Cup playoff conquerors Denmark in Group 4 of League B. They will play the Dragons and Danes home and away during the autumn. The winner of this three-team pool then advances to playoffs, where they could face any one of the other three group winners in their League in June 2019. Winning the playoffs serves as a backdoor route to the Euro 2020 finals being held throughout Europe. The Republic are 5/2 in bet365’s football betting to win their group.

Who are the seven footballers with Cork connections eyeing participation in the Nations League with Ireland, though?

Alan Browne
Cork City FC academy graduate Browne never played a senior first-team game at Turners Cross, but the midfielder is a regular for Preston North End. He made his international bow off the bench in a friendly against Uruguay in June 2017. With Glenn Whelan and Wes Hoolahan reaching the end of their careers, squad space for Nations League games will be up for grabs. 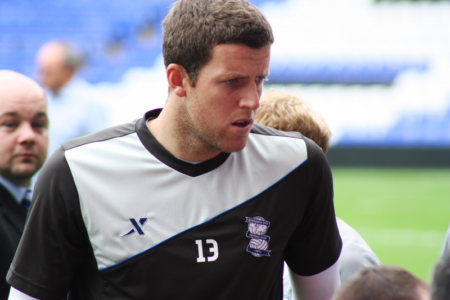 Bradford City goalie Doyle was educated at Douglas Community School and played youth football for Douglas Hall before joining the Birmingham City academy in 2001 on a scholarship. Although he has just one senior cap for the Republic in a friendly in 2007, he is an Ireland squad regular as backup keeper to Darren Randolph.

John Egan
Another Cork native is Brentford captain and former Greenwood FC defender Egan. He played for the Republic in a couple of friendlies in 2017 and gets regular football at Griffin Park. Veteran Ireland centre-back John O’Shea can’t go on forever, so O’Neill may need the one-time Togher youngster on his roster more often going forward.

Conor Hourihane
Aston Villa’s box-to-box midfielder Hourihane hails from Bandon, just down the road from Cork. His exploits for Villa in the Championship will surely catch the eye of O’Neill, who used to be manager of the West Midlands outfit and also capped him three times in 2017.

Kevin Long
Another Cork academy graduate is Burnley defender Long, who notably played in the Clarets’ 2-2 St Stephens Day draw at Old Trafford in the Premier League. Given the massive overachievements at Turf Moor under Sean Dyche this season, versatile Long may yet be a better bet than Paul McShane for the Ireland squad following four caps last year, including a full game in the World Cup qualifier against Austria. His claims will be pressed further if he can regularly force his way into the Burnley XI.

Sean Maguire
Although Preston forward Maguire was born in England, he was also a prolific scorer for Cork netting 54 goals in 74 games for them. His first season at Deepdale has been injury interrupted but, with Daryl Murphy and Jonathan Walters both now 34, fresh Irish legs are needed in the Republic attack. Maguire ought to be targeting more caps after his senior international debut last year.

David Meyler
Hull City midfielder Meyler also came through the ranks at Turners Cross and captained Ireland in three of their last four internationals of 2017. As O’Neill has given him the armband, that is a huge indicator that Meyler is a key part of the set-up. He can be confident of more caps and establishing himself as a regular for his country now.