The Minister for Agriculture, Food and the Marine, (Cork based) Michael Creed T.D., made the comments while attending a meeting of the Council of EU Agriculture Ministers meeting in Brussels.

Speaking in Brussels, Minister Creed said “While we are supportive of the Commissions efforts to better target direct payments, we must be mindful that the agriculture sector differs significantly across Member States in for example average farm size and agro ecological conditions. In that context and in the spirit of subsidiarity envisaged in the European’s Commission’s CAP Communication, Member States should be given the flexibility to decide on how to improve the targeting and fairness of direct payments within their own country”.

This is against the background of the very important role that direct payments play in underpinning farm incomes and ameliorating the impact of market fluctuations.

Minister Creed also supported the Commission’s efforts to increase the self sufficiency of protein production within the EU. This was in the context of a discussion on “how coupled support could be better designed to contribute to CAP objectives and EU added value”. 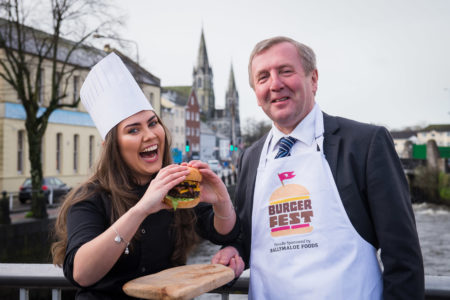 The Minister also urged his colleagues to work together to ensure that CAP increases its environmental ambition but equally so that simplification is delivered for all stakeholders including farmers.

The Minister also noted that many of the issues discussed at the Agri Fish Council today under the CAP item are being raised by stakeholders who have attended the CAP public meetings to date. He reminded all those with a view on CAP post 2020 that two further public meetings will take place this week – Athlone on Tuesday 20 February and Claremorris on Wednesday 21 February. The CAP public consultation will remain open until 23 March 2018.

Ministers also had an exchange of views on the revision of the EU Bio economy Strategy and the role of the Agriculture sector, as well as a presentation by the Commission on its EU Protein Plan. The Minister stated that he “very much welcomes the strong emphasis on the bio economy within the CAP communication”. There is however a need to better integrate farmers and foresters into bio economy value chains. Importantly, it also offers an opportunity to provide a diversified income stream for farmers and foresters as well as contributing to a more sustainable agriculture.

Concluding the Minister said “I look forward to engaging constructively with Commissioner Hogan, his officials and other Member States over the coming months on CAP post 2020 under both the Bulgarian and Austrian Presidencies”.