SOCCER: Irish Ladies On Course to Qualify for the World Cup, Men Out

Irish Ladies On Course to Qualify for the World Cup, Men Out
Martin O’Neill’s side may have narrowly missed out on qualification for World Cup 2018 but ROI women find themselves in an extremely strong position in their quest to secure a place at France 2019. They have remained unbeaten during their first three qualifiers and have put themselves in the driving seat ahead of their tie with the current European champions on April 10th.

Colin Bell’s side have made a remarkable start to their qualifying campaign and displayed a wonderful resilience during their hard-fought goalless draw with the Netherlands on November 28th. The European champions peppered their opponents’ goal in Nijmegen but were unable to find a way past Marie Hourihan. They have exceeded all expectations so far and the girls in green have shown a fantastic togetherness and unity during their opening three contests. Two crucial fixtures against Norway, both of which will take place in June, are likely to decide their fate before their final match against neighbours Northern Ireland takes place at the end of August.

Men’s Misfortune
Despite starting as underdogs in the betting market, Martin O’Neill’s men’s side squeezed past Wales in Cardiff with a solitary James McClean strike settling a tetchy and tense affair. Unfortunately, Denmark proved too strong for Ireland’s men across the two legs and their 16-year wait for a place at the World Cup continues. Christian Eriksen was the architect-in-chief that day and his side have been drawn alongside France, Peru and Australia in Group C. The Danes look set to compete for second place behind Les Bleus, who have been priced up as one of the favourites for the tournament alongside Brazil and Germany. Didier Deschamps’ men are 11/2 to pick up their second success in the event whilst holders Germany are the joint-favourites at 9/2.

Despite Ireland’s omission, football fans are already looking forward to the event, which gets underway on June 14th in Moscow. Many of the major betting markets have already been priced up and those who are starting to get ready to bet on the World Cup can use one of the many offers available including a risk-free £20 from Paddy Power, which can be used to place a wager on the iconic tournament. 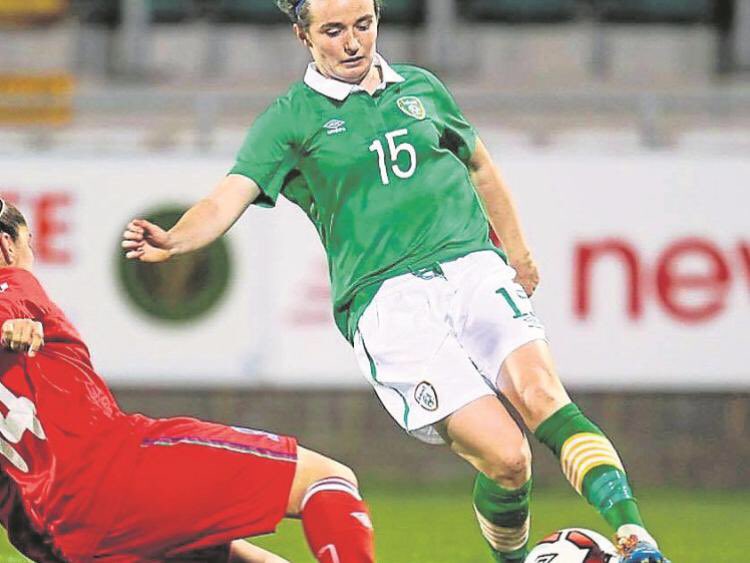 A Great Opportunity for the Girls in Green
Ireland’s women are aiming to make history by qualifying for their first-ever World Cup and the side appear to have come a long way since their much-publicised dispute with the FAI in April 2017. Securing their place at the tournament would provide a feel-good factor around the country and a much-needed boost for Irish sport.

There is still a long way to go and, despite their positive start, Ireland’s women remain outsiders in their group. They’ve suffered one or two injury setbacks in recent months but they are playing as a team and, crucially, they all appear to be singing from the same hymn sheet. The men’s side may have failed to secure their place at the World Cup but the girls in green are hoping to fly the flag for Ireland in a major tournament for the first time and they currently look on course for France 2019.