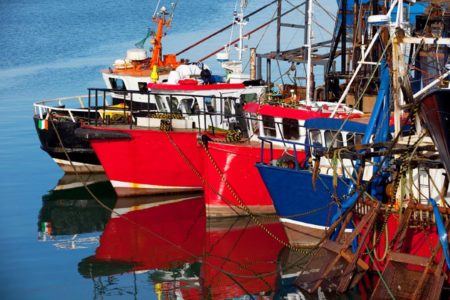 The Cork based Minister for Agriculture, Food and the Marine, Michael Creed T.D., this week announced details of a €35.7m Capital Investment Package for the ongoing development of Ireland’s publicly owned harbour network.

In announcing the initiative the Minister said “I am delighted to announce this €35.7m capital investment package in our six Fishery Harbour Centres and other fisheries related marine infrastructure. It represents an increase of €9.4m on the final expenditure on this programme in 2018 and underlines the importance this Government places on the ever significant contribution of the wider Seafood sector to Irelands economy.”

Flagship projects in the 2019 Capital Programme include the continuation of the Dinish Island quay extension at Castletownbere (€17.5m in 2019), the Smooth Point extension Phase 2 at Killybegs (€4.0m in 2019) and the provision of additional berthing space on the Middle Pier in Howth (€4.5m in 2019).

The Minister said “The quay extension projects in Castletownbere, Killybegs and Howth will collectively provide an additional 460 metres of berthing space in the respective harbours recognising the growing levels of fishing activity in particular, but also the increasing demands from other sectors including commercial cargo, leisure and tourism and cruise liners. These projects are also under consideration for co-funding under the European Maritime Fisheries Fund”

€2.48m has been set aside for safety, maintenance and disability access works at the six Fishery Harbour Centres and at North Harbour, Cape Clear which is also owned by the Department. In addition €2m is earmarked for a Local Authority Harbour Development and Marine Leisure programme to assist coastal Local Authorities in the repair and development of piers, harbours and slipways under their ownership.

The Minister concluded by saying “This €35.7 investment will build on the €96m invested in the Fishery Harbour Centres since 2010 and the €27m invested in the Local Authority infrastructure over the same period. Improving the standards of facilities at our Fishery Harbour Centres and other public harbours around our coast attracts increasing and additional economic activities, benefitting a broad cohort of current and future harbour users including the fishing industry, seafood processing sector, other ancillary marine industries, and the wider rural coastal communities”.