By TheCork.ie on 27th March, 2019Comments Off on The risks involved in social media usage

The widespread usage of social media is one of the most significant developments of the last decade, with data organisations like Statista indicating that by the end of 2017 there were 2.46 billion users worldwide. The social media platforms maintain their status by constantly improving the features they offer, for example messaging site Whatsapp adding a forward tag recently with the aim of preventing the spread of misinformation. Indeed, it is precisely this sort of issue that is causing increasing concern about the impact of social media on society. 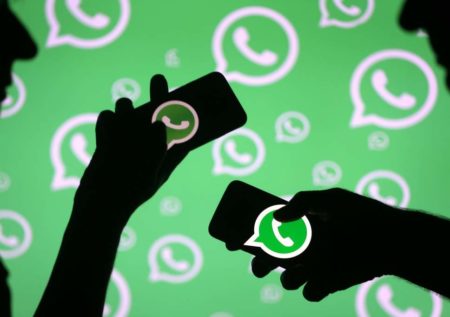 It is the heavy use of social media by young people that many find particularly worrying, and there is certainly evidence to suggest that they can be exposed to dangerous material. YouTube regularly features ‘challenge’ videos – many of which are harmless, like the one where people were challenged to behave like rapper Kanye West for a single day – but others are not. During 2018, the Hot Water Challenge and the Fire Challenge both went viral via the site, with these challenges requiring young people to set themselves alight, drink boiling water, pour it on themselves or someone else. Both of these challenges had serious consequences, with a 12-year-old girl suffering severe burns to after performing the Fire Challenge, while the Boiling Water Challenge led to a 15-year old being seriously injured and the death of an 8-year-old girl. Plus, the dangers of social media for youngsters are not confined to potentially lethal challenge videos, with violent material also being shared on sites such as Facebook. The recent live film of the murders at a mosque in New Zealand that was shot by the killer was uploaded to Facebook and viewed around 4,000 times before the moderators were able to remove it. Social media works on us psychologically by providing us with a dopamine hit each time something we post earns a like or positive comment and teenagers are the most susceptible to this due to the importance of peer-status at that age. Even if they are not viewing or sharing overtly harmful material, the evidence of a recent Royal Society for Public Health survey found that teenagers who used sites like Instagram, Twitter, Facebook and Snapchat had higher levels of body image issues and mental health problems like anxiety and depression.

All of these developments have led some to call for greater restrictions on social media, to combat everything from potential radicalisation to bullying. While no one disputes that these are real problems, others argue that providing education on social media in schools that teaches youngsters about the possible dangers will be more effective. These advocates make the point that social media can also encourage creativity and collaboration that actually helps youngsters with school work and that could be lost if the usage is restricted. Parents and schools setting clear boundaries about how much time should be spent each day on these sites and drawing distinctions between social media posts and reality may be at least part of the answer.

There is no clear or easy solution to the different risks presented by social media, especially to vulnerable younger people, but schools and parents must take it seriously and provide guidance to counteract them.