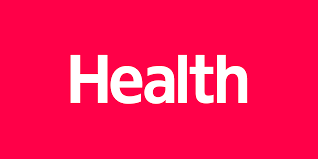 Fianna Fáil Spokesperson on Disability Margaret Cork based Margaret Murphy O’Mahony TD says the increase in the number of overdue assessment of need appointments is major cause for concern for parents and families across the country.

Under the 2005 Disability Act, an assessment of need must begin within three months of a completed application being received, and must be completed within a further three months.

“The Minister has failed to explain why the number of overdue assessment of need appointments is increasing. There had been an improvement in 2018, but the figures are going in the wrong direction again. This is disappointing and frustrating”, said Deputy Murphy O’Mahony.

“It is just wrong to have so many children with a disability unable to access their legal entitlement. The government is not treating this issue with the urgency it deserves and children are suffering as a result.

“The government announced 100 new therapy posts to address assessment of need waiting lists for children with disabilities in Budget 2019, however more than one year later less than half of these posts have been filled.

“Fine Gael’s lack of delivery is shocking and is impacting thousands of children with disabilities. We have seen the stark deterioration in our health services over the past eight years and it doesn’t look as if there will be any improvement in the situation under this government”, concluded Deputy Murphy O’Mahony.