[Audio] No freedom of the City for Nelson Mandela

14th January 2014 By David O’Sullivan http://twitter.com/david_osullivan Cork City Councillors have again declined to honour Nelson Mandela for a third time. The idea of making the South African leader the “Freedom of the City” was previously suggested in 1987 but was voted down. More recently… Sinn Féin Cllr Tommy Gould submitted a motion last month […]

14th January 2014, Tuesday 2pm By David O’Sullivan http://twitter.com/david_osullivan A Cork City Councillor is calling on householders to “smash their water metres” ! Cllr Ted Tynan from the Workers Party has been against water charging since the idea was first mooted. At last nights Council meeting he said he will “stand alongside anyone who smashes […]

[Audio] Event Centre site will be chosen by May

14th January 2014 By David O’Sullivan, reporting from Cork City Hall http://twitter.com/david_osullivan The location of Cork’s new Events Centre will be known by May. A team of Consultants appointed by the City Manager have begun their 4 month job of weighing up proposals for South Main Street and Albert Quay. The goal is to select […] 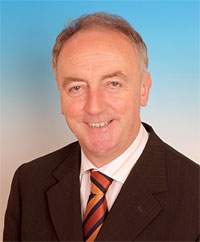 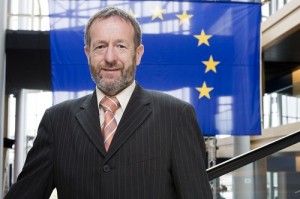 10th January 2014 By David O’Sullivan http://twitter.com/david_osullivan The Cork Person of the Year awards scheme, celebrates its 21st Anniversary this year, at the upcoming Gala Awards Lunch on Jan 17th, at the Rochestown Park Hotel. International actor Jeremy Irons will be honoured at the event, and receive an Honorary Corkman award from last years inaugural […]

10th January 2014 By David O’Sullivan david@TheCork.ie If you haven’t been on Popes Quay recently then prepare yourself for a change. The area has become more unfriendly and restrictive for cars. The opening of the street from the direction of the opera house bridge has been narrowed, and in keeping with the style of building […]

10th January 2014 By Aidan Pendlebur – A Town Councillor on Clonakilty Town Council news@TheCork.ie Last week I informed my supporters and the people of my locality that I would not run in the May elections. While many seemed unsurprised, given my resentment towards the current Irish political landscape, the real reason was my inability […]