THINGS TO DO IN CORK: Buy tickets for the Guinness Jazz Festival 2018

8 June 2018 By Elaine Murphy elaine@TheCork.ie Where: Opera Lane, Cork City When: Friday 8 June Time: 11:30am-14:30pm Come down to Opera Lane between 11:30am-14:30pm on Friday, 8 June, and you could be in with a chance of winning a free return flight from Cork Airport courtesy of Aer Lingus Regional, operated by Stobart Air. […]

7 June 2018, Thursday By Elaine Murphy elaine@TheCork.ie The beating heart of Cork Penny Dinners, the Queen of crime with more No. 1 original fiction bestsellers than any other author, and the power behind Other Voices are among those set to be honoured by UCC tomorrow (June 8). Caitríona Twomey, Cork Penny Dinners’ coordinator, who […] 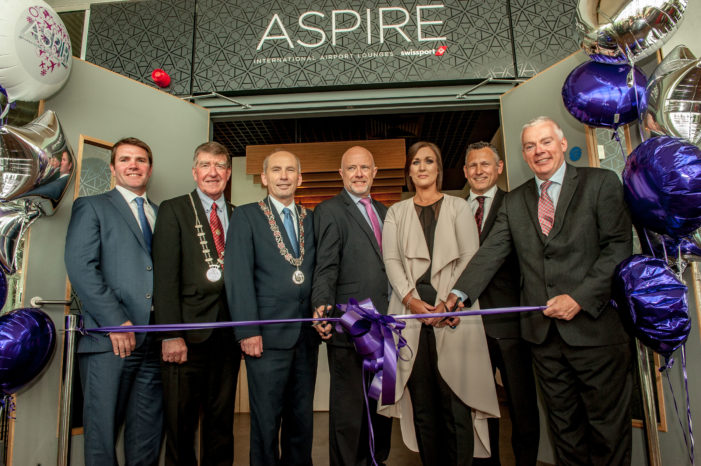 7 June 2018 By Mary Bermingham mary@TheCork.ie Ireland’s first Aspire airport business lounge officially opened today (7 June) at Cork Airport. Operated by Swissport, investment in the lounge at Ireland’s second fastest growing international airport will total €500,000 over 4 years. It comes as a direct response to a significant increase in demand for premium […]

WEST CORK: New Clonakilty Mayor to be installed this evening

7 June 2018 By Elaine Murphy elaine@TheCork.ie The people of Clonakilty, along with visitors to the area, are all are invited to Asna Square next Thursday 7th June at 8pm to witness the annual Mayoral Changeover. Over the last 12 months, Mayor John Loughnan has had a very busy and varied schedule of community events […]

6 June 2018 By Mary Bermingham mary@TheCork.ie Cork City Council will honour some of its finest community volunteers and groups at its annual Lord Mayor’s Civic and Community & Voluntary Awards Night at an invitation-only event tonight in City Hall at 7.30 pm. Each year six recipients receive Lord Mayor’s Civic Awards in recognition of […]

5 June 2018 By Bryan Smyth bryan@TheCork.ie The Green Party in Cork is to host a Town Hall-style public meeting under the banner of “End Dublin Rule in Cork”. The meeting follows the decision by Cork City Council to approve the first phase of controversial OPW flood defences at Morrison’s Island. The project received over […]

5 June 2018 By Bryan Smyth bryan@TheCork.ie Marymount University Hospital and Hospice urgently need volunteers to support its Sunflower Days – which are taking part throughout Cork city and county on Friday 8th and Saturday 9th June. If you are interested in helping out at a street or shopping centre collection on either day please […]