By TheCork.ie on 3rd June, 2018Comments Off on CROSSHAVEN RNLI: Yacht assisted after gearbox failure

At 9.45 last evening (2 June), The crew of the Crosshaven Lifeboat were paged to assist a 39’ yacht on passage from the UK to Crosshaven. The vessels given position was in the area of the ‘Power’ South Cardinal buoy ,which is East of Power Head. The yacht with 2 persons on board had suffered gearbox failure in light airs and would have difficulty in making the harbour and its entrance. The lifeboat, crewed by Alan Venner, with Georgia Keating, Jenna O’Shea and David Venner arrived with the casualty some 40 minutes later and established a tow to Crosshaven. The casualty vessel was berthed at the RCYC at 12.20am. The lifeboat was declared ready for service after being washed down and re fuelled at 12.50am. Shore crew, Maeve Leonard, Caoimhe Foster, Robbie O’Riordan and Aoife Dinan. 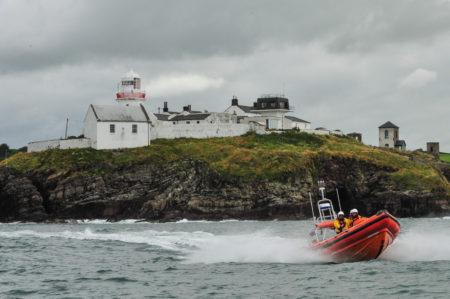