There is a whiff of an election in the air, various personages throughout Cork are attaching themselves to issues, and yesterday one of Ireland’s best known brands delivered an issue that everyone cares about on a silver platter. The issue? Money. Bank of Ireland appear – in essence – to want to move to a cashless society. Public reaction has been strong, and Political reaction has been stronger. 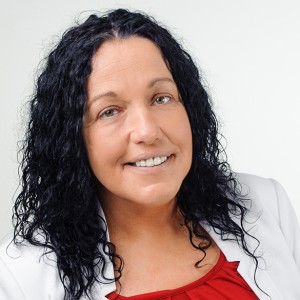 Cork South-West Dáil candidate Margaret Murphy O’Mahony (Fianna Fail) has slammed the Government’s weak response to Bank of Ireland’s controversial decision to set “crazy limits” on the amount of cash customers can withdraw and lodge over the counter in bank branches.

Councillor Murphy O’Mahony said: “What did the Government expect? At every hands turn they’ve let the banks rule the roost. They got their way on variable interest rates; they got their veto on mortgage arrears resolutions and they’re being let chase families through the courts for repossessions. Now we see this move from Bank of Ireland, which seems ridiculous to me. They seem to want to make it harder for businesses, more awkward for older people and send out a message that we only want the tech-savvy internet generation as their customer base. But what did the Government expect? Every time there’s a confrontation with the banks, they win.

“Backbench TDs can cry all the crocodile tears they want to try to survive the election, the reality is this Government has no intention of forcing the banks to do anything. And certainly not anything that’s going to benefit the consumer.

“I have very real concerns about the €700 minimum withdrawal limit at the counter that Bank of Ireland is bringing in. Older people are now going to be forced to hoard more cash at home to keep them going. That’s not safe. And when they do go to the bank to make withdrawals they’ll effectively have a target painted on their back telling potential muggers or burglars that they have a large amount of cash.

“Businesses too will be forced to hold on to cash for longer in order to meet the €3,000 threshold for lodgements. This is crazy on so many levels.”

“Let’s be honest and up front here,” Councillor Murphy O’Mahony added. “I’m going to be accused by Fine Gael and Labour of scaremongering, of trying to frighten people, particularly older people in west Cork. I know that. That’s what they do. Fine Gael and Labour attack people for attacking them and pointing out their failures. But let’s look at the record.

“Was Fianna Fáil scaremongering when Micheál Martin said thousands of medical cards were being taken out of the hands of the most sick and most vulnerable children and older people? That’s what Fine Gael and Labour said for two years. But they had to backtrack in the end. They apologised for it and James Reilly was the scapegoat.

“Was Fianna Fáil scaremongering when we warned three years ago that communities across the country were being left dangerously exposed to criminals and gangs because of falling Garda numbers and the closure of rural Garda stations? Because that’s what Fine Gael and Labour said too. Now Ministers and TDs are tripping over each other trying to highlight their anti-rural crime initiative and their investment in the Gardaí. You’d nearly swear they hadn’t been in Government for the last four and half years.”

Councillor Murphy’s O’Mahony concluded: “West Cork needs a fighter in the next Dáil. That’s why I’m running for election. We’ve had almost five years of Fine Gael and Labour letting the banks run the show at the expense of communities in this constituency and across the country. So when they say we’re scaremongering over the potential impact of the Bank of Ireland decision this week – don’t buy it.”