Fine Gael has announced that former Mayor of Fermoy, Cllr Noel McCarthy, will represent the Party in the Cork East Constituency in the forthcoming General Election, along with Deputies Tom Barry and David Stanton.

Yesterday Noel McCarthy was an Independent, and before that he was in the Labour Party. His new membership of Fine Gael and addition to the Cork East General Election ticket was approved by the Party’s Executive Council at the weekend. 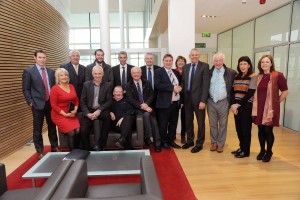 Born in and reared in Cobh, Noel McCarthy has lived and worked in Fermoy for 20 years. A businessperson, involved in the licencing trade for 20 years, he resides with his partner Sharon and three children.

Cllr Noel McCarthy said: “Fine Gael, encourages change, equality and empowerment of those who genuinely want to make a difference within their local communities. Fine Gael is doing its best to spread the benefits of recovery to as many homes as possible and I am proud to be a Party General Election candidate in Cork East.”

“I believe I can advance the causes that are important to me, and to people like me in my constituency, particularly unemployment, inequality and social deprivation. Jobs are central to this cause. More jobs mean less tax for working people and more revenue to provide better services.”

Tom Barry TD said: “I am delighted to welcome the addition of Noel McCarthy, a superb candidate. I will be delighted to work alongside him and believe Fine Gael now has the strongest possible team for the General Election in Cork East.” 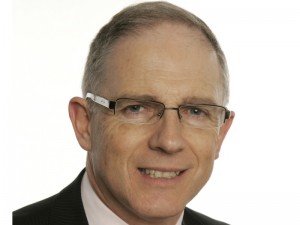 David Stanton TD said: “Noel McCarthy will strongly boost the Party’s hopes of success in the Cork East constituency and I warmly welcome his addition. He has an excellent record of hard work and I know he will prove to be an asset to the Fine Gael General Election team in Cork East.”

Santa Arrives at East Cork Outpost in advance of Christmas
Previous Post
Do ‘No Junk Mail’ stickers work? In Cork they do, apparently