New figures from the CSO indicate that 2015 had the best ever January to November for overseas visitors to Ireland, with more than 8 million arrivals recorded. Overseas visitor numbers have increased by 14% over the first eleven months of 2015 – an additional one million visitors. It was also the best ever month of November, with almost 616,000 arrivals, +31% on November 2014. 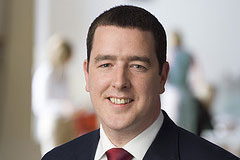 “This is exceptional growth and figures indicate that 2015 will be a record breaking year for tourism. A lot of hard work has been done by the tourism industry and the Government to dramatically improve our value for money rating.

“These figures confirm what tourism businesses around the country have been telling us, that 2015 has been a bumper year for tourism. This is fantastic news, with the increase of visitor numbers to Ireland greatly aiding in both the economic recovery and the creation of employment around the country.”

“I believe tourism is playing a very strong role in securing our economic recovery and, as we move forward, the industry looks set to go from strength to strength in 2016 and deliver more jobs and revenue throughout the island.”