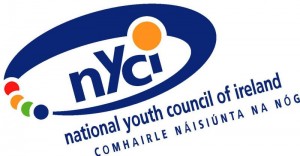 The National Youth Council of Ireland (NYCI) – which represents youth organisations working with over 380,000 young people nationwide – has called on the next Government to invest in the growing youth population in County Cork City & County.

NYCI is asking all parties and candidates to commit to increased support and resources for youth services. James Doorley, NYCI Deputy Director explained: “One of the positive indicators in Ireland at the moment is our growing youth population. The number of young people aged 10 to 24 in Cork City & County is set to grow by an estimated 6% from 100,879 to 107,759 by 2020.

“This growth will also create challenges. However, with adequate resources the Youth Work sector is well placed to support young people to reach their potential and make Ireland the best country in the world in which to be a young person. Youth organisations are active in almost every community reaching over 383,000 young people,” added Mr Doorley.

“They work in a range of areas such as promoting active citizenship and supporting the participation of young people in education and training. They also deliver programmes to promote positive mental health, school completion, Garda diversion and to prevent substance misuse. The track record and credibility of the youth sector is also demonstrated by the high levels of participation by young people here in youth services. Ireland has the highest level of involvement in youth services in the EU with 26% of young people active in a youth club,” continued Mr Doorley.

Youth work is value for money and makes economic sense

An Independent report by Indecon Economic Consultants found that for every €1 invested in youth work the economic benefit, and costs saved by the State in the long run are €2.20. According to the Youth Council, this study demonstrates that investment in youth work not only supports young people to reach their full potential, it also reduces long-term costs for the State in relation to the health, justice and welfare services for young people. The funding also supports the 40,000 volunteers who work with young people.

“The current expenditure for youth work services by the Department of Children and Youth Affairs has fallen by almost 31.7% since 2008 from €73.1m to €49.9m in 2015. This has placed enormous strain on youth services at a time when the numbers and needs of young people are growing,” concluded Mr Doorley.