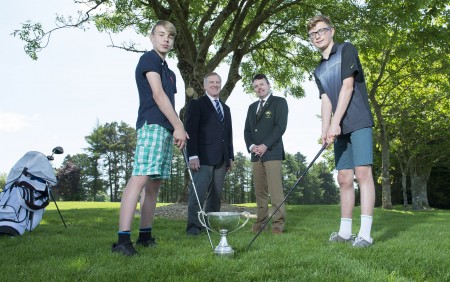 The event involves father and son teams competing in 18 holes and 48 team places are available. Last year’s winners Karl and Tom Bornemann are looking forward to taking on the 2016 competitors! A fantastic array of golfing prizes are up for grabs for the winning team. Last year, 48 teams from golf clubs throughout Munster competed in a fully booked-out tournament.

Seabrook Technology Group, a manufacturing software specialist, has been headquartered in Cork for 27 years and sponsorship of the event is part of its commitment to local community engagement.

Speaking ahead of the tournament, Seabrook’s Managing Director Sean O’Sullivan said “The Father-Son golf tournament is an important fixture on Seabrook’s annual calendar and one we very much look forward to every year. We are delighted to give fathers and their sons an opportunity to spend some quality time with each other and engage in some friendly rivalry on the golf course! Last year we had a fantastic tournament and a sold out event – and there has been huge interest in the competition again this year.”

General Manager of Douglas Golf Club, Conor O’Brien also encouraged father and son teams to book before places run out: “Places are limited so I would urge anyone interested in taking part to contact the Club today. It’s a great way to spend Fathers’ Day and there is always a huge element of fun to proceedings. We are delighted that Seabrook is sponsoring the tournament again for its sixth year and look forward to working with them again on this great community event.”

Places can be booked through Douglas Golf Club at 021 4369 800 or on admin@douglasgolfclub.ie.