The Blackrock/Mahon Labour Party branch were successful in a motion to the Labour Party conference in Wexford last weekend on the provision of ringfenced funding for Early Years Intervention.

“Thousands of families live with the lack of assessment and intervention for their
children far beyond legislation allows because of a lack of frontline staff with no plan for the children who wait in limbo,” said Local Area Representative Peter Horgan.

“There are now more than 270 directors in the HSE, earning salaries between €98,000 and €147,000 after a surge of promotions followed the lifting of the ban on public-sector recruitment. This was not the intention of our Party Leader, Brendan Howlin, when he lifted the ban as Minister.”

“Instead of services being expanded and sustained, we are creating a third tier of
management to increase the paperwork and the backlog. Families can no longer wait with no answers forthcoming. We have had White Paper after Report after Analysis after Taskforce,”stressed Mr Horgan.

The motion called for over €260 million to be invested over 5 years in frontline staff for Early Years Intervention and was costed by the Department of Health.

The motion was overwhelmingly passed by delegates and welcomed by Labour spokesperson on Health, Alan Kelly TD. 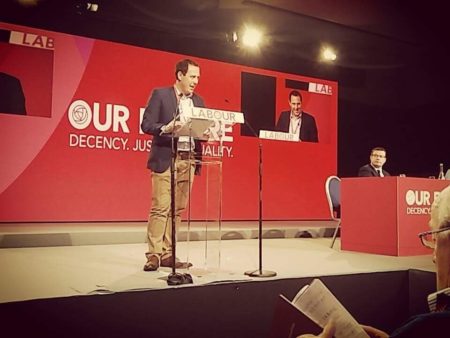