Both Mayors to be Represented at Ceremony for An Gorta Mór

The 170th Anniversary of Black ’47 will be marked this Sunday with a ceremony at Carr’s Hill, the site of the largest mass-grave in Cork. It is believed that approximately 30,000 people are buried at the site, most of whom were victims of An Gorta Mór.

Organisers said “the County Mayor and the City Lord Mayor will be represented at the ceremony, as will the main religious orders.”

The ceremony will include some remarks from the Mayoral representatives, some prayer and blessings and a short talk on the experience of An Gorta Mór in the Cork area. Throughout the ceremony there will be recital of poetry, song and traditional pipe laments.

The ceremony is organised by a newly formed committee who are asking to have a monument to An Gorta Mór erected in the centre of Cork city, they are hoping to attract cross-Party and community support for the initiative.

The group will announce plans to engage second-level students in project work to gather memories of An Gorta Mór from their local area; in a variety of formats, whether oral, written or multi-media. The project’s heritage competition, in which every entry will be acknowledged and valued, is sponsored by Creative Ireland and Cork County Council.

”An Gorta Mór is probably one of the most impactful events ever in our history; we must build a monument to reflect that, in a central location where people can go to pay their respects.”

“Later this year we will be publish guidelines and launch a competition for artists and students to submit design concepts for the monument.” 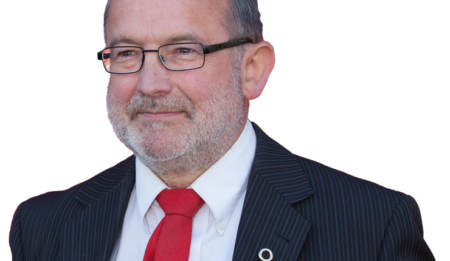 “Crucial to the success of this project will be two factors; fundraising is a big one, but the foremost issue we face, and which we hope will be forthcoming, is cross-political support – this is not an issue for competitive politics, we should all stand together on it.”

Note: As access to the Carr’s Hill site is difficult, due to the narrowness of the roadway, a special bus has been hired to bring people to/from the site.

People interested in using the bus can book a place by phoning Tony on 087 9305067 or by turning up at 1pm on Sunday at the Anglesea Street entrance to City Hall, the bus costs €5.