Cork East Fianna Fail TD, Kevin O’Keeffe has said that Minister for Transport, Shane Ross is attempting to wash his hands of all responsibility when it comes to ensuring that the people of Cobh can access their town in times of bad weather. 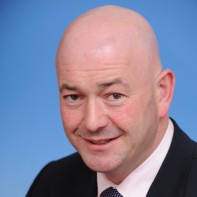 Deputy O’Keeffe was commenting after receiving a parliamentary reply from the Minister in which the Minister washes his hands of all responsibility.

“I’m disappointed by this response from the Minister, but not really surprised. Minister Ross has a habit of not taking his responsibilities seriously, and continually passing the buck.

“Following Storm Ophelia, a number of trees fell on Fota Road reducing access to the island, and in times of very bad weather, the ferry service often doesn’t run.

“The people of Cobh cannot be left stranded, and without access to the mainland. The Government cannot pass the buck to the County Council.

“This is an issue that is bigger than the Council being responsible for the maintenance of roads. It’s about access, and that, in my opinion, requires the Government to get involved.

“I will seek to raise this issue in the Dáil with Minister Ross. He cannot be allowed to washi his hands of another issue that is under his Department’s remit,” concluded O’Keeffe.