A specially curated Schools and Family Programme is in the spotlight for Cork Film Festival 2017. Taking place over 10 days from 10-19 November, this year’s festival is packed with cinema events aimed at young audiences. For full details and tickets visit corkfilmfest.org or the Cork Film Festival Box Office at 119 Patrick Street, Cork.

The Festival is partnering with the Irish Film Institute Education Department to present a trio of new films for younger audiences and their families, all to be screened at the Gate Cinema. This includes Joel Soisson’s charming Thai drama Buffalo Rider (November 18, 2.15pm); along with Australian comedy Red Dog: True Blue (November 19, 2pm). We’re Going on a Bear Hunt, an adaption of the much-loved bestselling book by Michael Rosen, will also be screened on November 18 at 11.30am, along with an interactive reading of the book with local storyteller Deirdre Ryan. 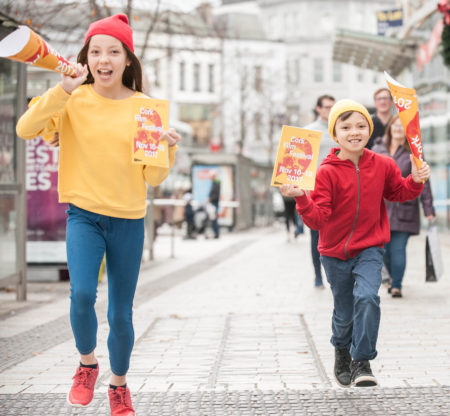 The Festival will screen the 40th-anniversary re-release of Steven Spielberg’s cult sci-fi classic Close Encounters of the Third Kind on November 12 and there is a special event to mark Paddington 2 on November 11 from 10am at the Gate Cinema. This will include an adventure around the city in celebration of the marmalade loving bear, which will be followed by a screening at 11.30am.

Family Friendly Shorts return this year on November 19, with the programme including nine shorts from five countries – Ireland, Germany, Russia, USA, and Australia.

Cork Film Festival Producer and CEO Fiona Clark said: “We hope to encourage the audiences of the future through our young people’s programming. We want Cork Film Festival to be inclusive and accessible, where everyone, regardless of age or interests, will find something that will excite, engage and entertain.”