Fianna Fáil TD for Cork North West, and Party Chief Whip, Michael Moynihan has today criticised the Government for its failure to secure the future of small and medium sizes rural towns that were hit the hardest during the recession. 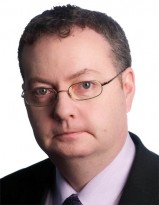 “The 2016 Programme for Government contains a clear commitment that ‘the renewal of towns and villages will be top priority for the new minister for Regional Development and Rural Affairs as a way to revitalise rural Ireland.’

“Today’s report from Pobail on deprivation shows a clear divide in affluence between large cities, such as Cork, and rural Ireland. Looking at the map, produced by Pobail, it’s obvious that affluence is growing in the cities, and north Cork, with its smaller towns and villages, isn’t benefitting.

“Forgive me for being cynical but unfortunately there is no evidence whatsoever of any change or improvement being made in towns across rural Ireland.

“Small towns and villages up and down the country, including many in rural Cork, are dying on their feet.

“The recently drafted National Planning Framework seems to only care about the large cities on the coast: Dublin, Cork, Galway and Limerick.

“Where is the focus and support for smaller towns and villages? It seems to me that it is Government policy to hollow out rural, non-coastal Ireland, and the people who will suffer are the locals who want to live, work and raise their families in these towns and villages.

“The Government’s supposed Town and Villages Renewal Scheme has done little to stem the decline that towns like Millstreet, Charleville, Kanturk and Newmarket are experiencing.

“Local people, businesses and community groups are doing their level best to make their towns and villages as vibrant as possible.

“However, if the Government are rowing the opposite direction, I cannot see how these towns and villages can prosper. They will suffer further outward migration, reduced employment prospects and community life will be damaged.

“The Government need to call a halt to this decline, adequately fund schemes to harness the potential of regional towns and villages, and above all else, ensure that the NPF doesn’t sound the death knell for rural Ireland,” concluded Moynihan.