Ballincollig Rugby will host a Family Fun Day on Sunday 22nd July in their clubhouse and grounds in Tanner Park, Ballincollig, to officially launch their exciting new Development Plans.

The club which celebrates its 40th anniversary this year is hoping to raise vital funds to initially improve existing playing facilities, solve flooding and drainage issues and install flood lighting, and also to build an all-weather pitch and running track, upgrade the carpark and much more. The full details of the plans which are expected to cost €945,000, will be unveiled in the club on Sunday 22nd July. 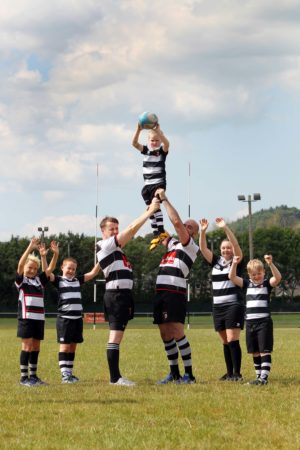 Speaking about the redevelopment plans and the Family Fun Day Jim Nyhan, President of Ballincollig Rugby Club said “We are very excited to finally unveil our significant Development Plans. These plans will enable us to meet the growing demand for evening matches and training under lights and will allow the club to train all season, ensuring the continued success of our club now, and into the future for new generations. We are very much at the heart of the community and we want to keep providing the best possible facilities and service to everyone, which we feel can only be done by improving the facilities we offer.”

The Family Fun Day will run from 2pm – 5pm (in conjunction with Active Leisure), and all are welcome to attend the event including club members, local families, members of the community, corporates, stakeholders, sponsors and the general public.

The fun filled activities will kick off at 2pm with bouncing castles and games to entertain the children. At 4pm the development plans will be unveiled followed by music and a BBQ for all to enjoy. Members of the fundraising committee will also be on hand on the day to answer any questions and to talk through the sponsorship packages that are available.

For more information and full details on the redevelopment plans please see www.ballincolligrfc.ie