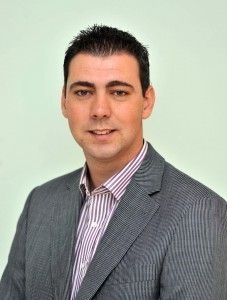 Cork County Council is progressing with plans to construct a state-of-the-art fire station in Kanturk, with a contractor set to be appointed shortly following a competitive tendering process. Works on the construction of the new fire station is to begin within Q1 of 2019.

Welcoming the progress of the project, North Cork Fine Gael Councillor John Paul O’Shea said the new fire station will serve the towns of Kanturk and Newmarket as well as many small villages in the vicinity.

The Council published the tender seeking contractors to build the new fire station in during 2018. Once awarded, Cllr. O’Shea said a contract period of approximately 12 months will be given to the successful contractor to construct the fire station. Currently the Kanturk Fire Brigade serves a population of 15,000 people and responds to about 110 incidents per year.

Councillors in the Kanturk/Mallow Municipal District have approved a Part 8 planning application for the new fire station, located on a 1.4-acre site at the Mill Road junction on Percival Street. The current fire station is located on a confined site, adjacent to a housing estate which eliminates any prospect of allowing the current facilities to be considered for upgrading.

Speaking on the progress of the new fire station, Cllr. O’Shea said “Construction of the new fire station is moving forward and will shortly enter the construction phase, this is positive news on a project that has been sought for several years. The fire station, when constructed, will play a pivotal role in the town of Kanturk and will serve a large number of communities in the surrounding area. This new facility will also assist in encouraging new retained firefighters for Kanturk along with supporting our fantastic existing firefighters.”