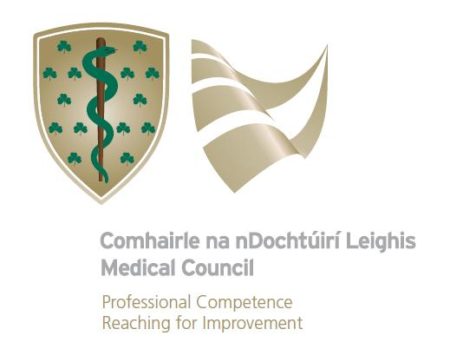 Medical Council President, Dr Rita Doyle, spoke about how the role of women in medicine has evolved greatly over the past number of years, highlighting that there are more women than ever before in medicine in Ireland, in her address to the Women in Medicine in Ireland Conference (#WiMINCork19) today at the Fota Island Resort in Cork.

Dr Doyle, who is the first woman President of the Medical Council, said “When I graduated from medical school in UCD, I was one of 18 women in a class of 120. From that cohort of 18, there were GPs, pathologists and many other disciplines, but no surgeons, and no radiologists.”

“In the academic year 2015 – 2016, over 50% of all medical students in Irish medical schools were women. Of the almost 10,000 women doctors on the Medical Council register, 64.4% received their medical education in Ireland. This is a very encouraging trend.”

“When you look at the age and gender breakdown of doctors on the medical register, it’s quite striking to see the disparity, but it’s also quite a good indicator of how far we’ve come.” continued Dr Doyle.

Dr Doyle also spoke about the role of women as patient advocates saying “Women have long been involved in campaigning for the rights of the vulnerable. Dr Kathleen Lynn, one of most famous Irish women in history who founded St Ultan’s Children’s Hospital where I worked as newly graduated doctor, was an advocate for the poorest and most deprived in society.”

“Women like Margaret Murphy, Loraine Walsh, Vicky Phelan continue to inspire, not just us at the Medical Council, but the greater Irish public, unafraid of speaking up and fighting for patient rights. We must also remember the late Laura Brennan, who sadly died this week. In her short life the role she played as a patient advocate in encouraging the uptake in the HPV vaccine will save many lives.”

“These women have become beacons of patient advocacy, sometimes as a result of hugely adverse situations, yet never waver in their belief, strength and courage.”

Dr Doyle concluded by saying “There’s a brave new world continuing to emerge for women medical practitioners, with more supports and provision for gender balance across the spectrum of the medical profession.”