For residents of Mallow and beyond, the Easter weekend signals the commencement of the biggest event of the season for the region– the renowned Racing Home for Easter Festival. As the main sponsor of the festival, Cork County Council was delighted to welcome members of the Racing Home for Easter Committee at the recent launch of the festival, which took place in the scenic grounds of Mallow Castle.

Now in its 10th year, Racing Home for Easter will take place from Saturday April 20th, 2019 to April Monday 22nd. The 3 day festivities coincide with the traditional Easter racing meeting at Cork Racecourse Mallow, where there’s a great combination of National Hunt racing and flat racing to be enjoyed. 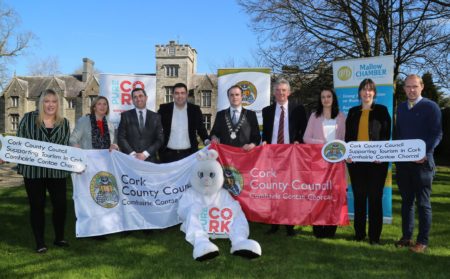 The festival is far from a one trick pony with a full programme of family-friendly events taking place across Mallow throughout the weekend. Highlights include a treasure hunt around Mallow town, a dog show, live music and dance and a range of kids’ entertainment across the weekend. Mallow Castle will host the popular food and craft fair on Saturday and Sunday, with a wide mix of sweet and savoury to satisfy any palette. Paired with a great selection of live bands on Sunday, and with live music each evening in local pubs, this festival is ramping up to be a very lively event. 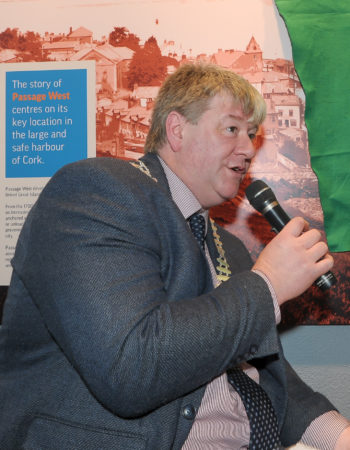 The Mayor of the County of Cork, Councillor Patrick Gerard Murphy has welcomed the benefits the festival will bring to the North Cork area.
“Incredibly, it is anticipated that this years’ festival will result in an economic impact in the region of €770,000 for the local area and attract in excess of 20,000 visitors – providing a much-needed boost to the economy of North Cork and the wider Blackwater Valley region. The annual Easter festivities not only generate economic gains but also bring local businesses and the wider community together, strengthening the region’s rich sense of community and furthering the positioning of Mallow as an expanding tourism asset.” File Photo: David Keane

The grounds of Mallow Castle will serve as one of the key venues for festivities across the weekend and it’s hoped that with major expansion plans ahead, the Castle will become a central amenity & tourist spot in the town of Mallow. Tim Lucey, Chief Executive, Cork County Council said:

“Cork County Council is committed to the development of North Cork and we have been progressing substantial investments for Mallow in particular. We welcome the recent advancement of our plans to develop Mallow Castle as an amenity and tourist destination, building a park along the historic castle grounds, while also improving linkages between Mallow Castle Park, Mallow Town Park, the Spa House Park and the town of Mallow itself. We are very proud to call ourselves the main Sponsor of the Racing Home for Easter festival, which showcases the very best of Mallow and its surrounds. What a fantastic way to spend the Easter Bank Holiday weekend!”

For full details and a copy of the Festival Programme, visit www.racinghomeforeaster.com.