€40,000 worth of prizes have already been given away as part of the 2019 Play or Park initiative 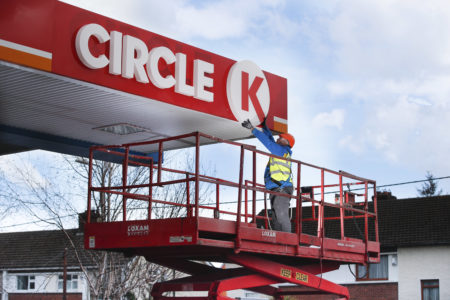 Over €40,000 worth of prizes have been awarded to the first four Play or Park winners and thousands more have enjoyed instant rewards when they played their points at Circle K.

Meath local, John Duddy, played his points at his local Circle K in Coolfore on the Slane Road earlier this year and was announced as the January winner of Play or Park. John and his partner will soon be jetting off on a spectacular trip to Bali, where they will get the opportunity to experience the Indonesian island and all that it has to offer.

Sheila Kelleher, who hails from Co. Cork, was announced as the February 2019 winner and will soon take to the slopes of the Canadian Rockies in style. Sheila’s prize includes 7 nights’ luxury accommodation, ski and helmet hire, 4 days of ski school and €1,000 in prize money to spend as she pleases on her trip.

Cork resident, Stephen Greenleese, scooped the top prize in March of a phenomenal holiday to Thailand, including 5* accommodation and €2,000 in spending money. Stephen and his wife will experience the hustle and bustle of Bangkok, as well as an off-shore adventure that will take in some of the country’s most idyllic islands.

Mayo man, James McDonnell, played his points in April 2019 and won an African safari experience of a lifetime. James and his partner will head off later this year on an adventure that will include 7 nights’ accommodation at a luxury Kenyan safari camp, a cultural trip to a local Masaai tribe village and €1,000 spending money.

Commenting on his Play or Park win, January winner John Duddy said: “Never in a million years did I think I would be in with the chance of winning this amazing prize. My wife, Madeline, and I are so excited to head off to Bali this summer as neither of us have ever been before and have always wanted to go. Incredibly, one of my colleagues was the first ever Play or Park winner back in 2013 – nobody in the office can believe that we’ve both won! A huge thanks to Circle K for this unbelievable opportunity!”

March winner, Stephen Greenleese, said: “I couldn’t believe it when I got the call from Richard in Circle K telling me that I had won the prize! My partner and I had only recently been chatting about how much we would love to visit Thailand one day, so the timing of Richard’s call couldn’t have been better! We are going to enjoy the trip later this year and literally can’t wait – we have already started shopping for holiday essentials.”

Richard Pollock, Loyalty and Insights Manager at Circle K concluded: ‘’Circle K is delighted to announce the first four winners of Circle K’s 2019 Play or Park initiative, all of whom have won truly magical holidays. The good news is we have eight more incredible prizes to be won this year, including holidays in Galle, the Great Barrier Reef, Australia; Bridgetown, Barbados and Honolulu, Hawaii. To be in with a chance of winning, remember to play your points when filling up at Circle K throughout the year.’’

Circle K Play or Park is an award-winning loyalty game, which gives customers the opportunity to collect points every time they refuel or make a purchase at participating Circle K stores. Customers can play their points to be in with a chance to win that month’s prize, or park their points to play at a later stage. Every time customers decide to play, they are guaranteed a free snack from Circle K, such as a bottle of water and popcorn or a bar of chocolate and a soft drink.

Keep your eyes peeled at Circle K Ireland on Facebook where more fantastic Play or Park giveaways will be announced over the coming weeks, including the chance to win an all-expenses paid trip to the Great Barrier Reef.