Cork County Council is this year, once again, putting its support behind Make Way Day, a day of action organised by the Disability Federation of Ireland (DFI), which takes place nationally on Thursday September 26th. 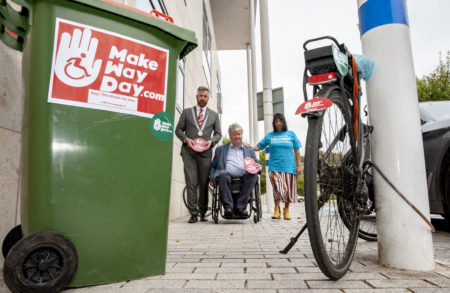 Disability groups, organisations and campaigners will be hitting the streets this Thursday to draw attention, in a fun way, to the everyday challenges faced by people with disabilities. The aim of Make Way Day is to highlight the many obstacles people with disabilities meet when out and about. These can range from cars or vans parked on the footpath to bicycle and motorbikes chained to lampposts – creating a trip hazard for a visually impaired person. From illegally placed sandwich boards, forgotten wheelie bins or barrels to overgrown bushes impeding on the path.

This week in County Hall, the Mayor of the County of Cork, Cllr Christopher O’ Sullivan, helped to launch the #MakeWayDay County Cork 2019 campaign with Áine O Sullivan, Community Development Worker with the DFI and representatives from various disability groups from around the county.

Mayor O’Sullivan commented “Today I’ve been listening to first-hand accounts of the many physical obstacles faced daily by people with disabilities when trying to get around our villages and towns. I think this is genuinely down to a lack of awareness. We are often just not mindful enough of the needs of all the people sharing our public spaces.”

West Cork Co-Action, Acquired Brain Injuries, Head Way, Enable Ireland, IRD Duhallow, Dunmanway Access Group, Castlemartyr Family Carers and Disability Group and community groups and individuals from across County Cork will be out and about on Wednesday the 26th photographing and filming the obstacles they come across and sharing these on social media in a huge public awareness raising effort. 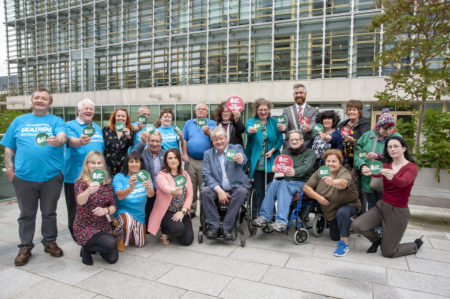 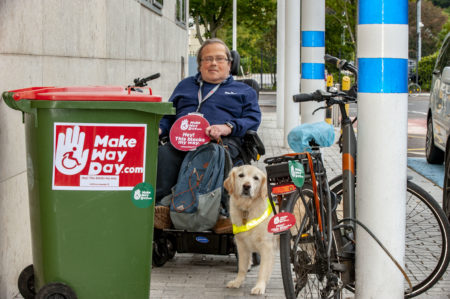 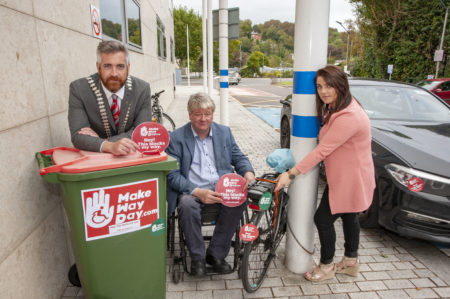 Mayor O’Sullivan encourages everyone in Cork to get involved on the day “You can post photos of obstacles that block your way on footpaths in towns and villages using the hashtags #makewayday or #makewaycork or you can share the posts on social media on the day – we can all work together to remind ourselves to make way for everybody.”

Expect to see the friendly #MakeWayDay stickers appearing on all kinds of objects and obstacles around our towns and villages on Thursday Sept 26th -reminding everyone to make way for people with a disability.