By TheCork.ie on 11th December, 2019Comments Off on NEW BOOK: The Colourful Heritage of County Cork

This colouring book is a special publication as part of the hugely successful heritage of County Cork series which has engaged academic, local and amateur historians, archeologists and enthusiasts from throughout the county. In keeping with the spirit of these publications, the colouring book is an invitation for everyone to get involved with County Cork’s rich and colourful heritage. 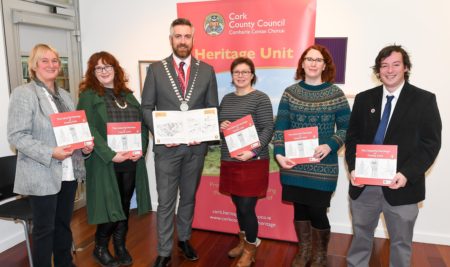 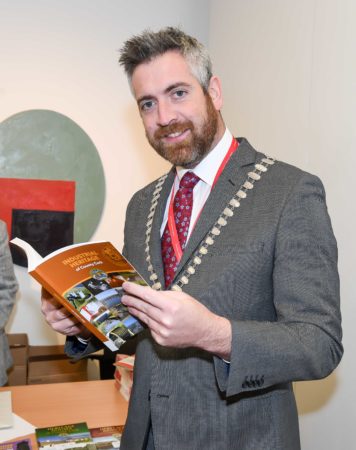 The book delves into their architecture and importance to both people and place. In keeping with previous books in the series, a number of sites also are included with the intention of encouraging the public to visit them.
Speaking at the launch, the Mayor of the County of Cork Cllr. Christopher O’Sullivan noted

‘In my role as Mayor I get to see firsthand the great work undertaken by community groups and individuals throughout Cork. People are immensely proud of our county and these two publications give a great overview and understanding of so much of the wonderful culture and heritage that is on offer here. I commend everyone involved and in particular those from the public who engaged in these publications’.

Cork County Council’s Chief Executive Tim Lucey also spoke of the importance of culture and heritage within the county, and noted that the Heritage of County Cork publication series is one

‘that is growing in recognition year after year, and one that has already been recognised nationally at the Chambers Ireland Excellence in Local Government Awards’. He also noted the value of public participation: ‘Over 50 submissions were received for the Industrial Heritage publication and a number of budding artists submitted some great drawings for inclusion in ‘The Colourful Heritage of County Cork, covering sites from Youghal to Allihies and Mallow to Rockchapel. The participation by the public in the books is paramount to their success’.