The Rise of eCommerce in Ireland & Why Cybersecurity Matters 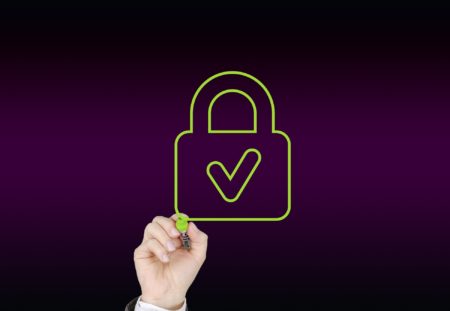 While COVID-19 has had many negative, severe side effects, it’s also shed light on the growth of eCommerce. Studies show that over 6,000 Irish retail firms have jumped onto the eCommerce boat, creating eCommerce sites for their businesses to aid them during the pandemic.

But many digital threats face eCommerce businesses. Plus, not every business may know of these threats.

DDoS attacks (Distributed Denial of Service attacks) involve a hacker flooding a server or group of servers with web requests. Said flooding cripples the server, slowing down or shutting off the service(s) or website(s) using it.

DDoS attacks slow down business, cost a moderate sum of money to repair, and can sink a small business if sustained.

Today’s cybercriminals count on malware as their main means of attack. After all, if done carefully, spreading a piece of malware onto a business’s network leaves no paper trail and can have devastating results.

Ransomware, spyware, keyloggers, adware: there are many forms of malware. And all of these are regularly used and spread around the world, especially ransomware.

Many online users fall for and become victims to fraud and identity theft every year. According to Javelin Strategy & Research, over 3.2 million consumers submitted complaints related to identity theft and fraud in 2019.

This number will only grow as cybercriminals become smarter and introduce new ways to steal information. However, phishing scams—scams that rely on a cybercriminal manipulating a user into giving away personal information—are still the #1 means of fraud online.

5 Ways eCommerce Businesses/Individuals to Protect Themselves

Fortunately, there are plenty of ways to protect oneself and their business while online. Let’s start with VPNs, which are also known as Virtual Private Networks.

VPNs work by encrypting the data a device sends out, keeping third parties from snooping on said data. Whether that third party be a government entity, an ISP, or someone else on the network, using a VPN app on your device makes sure no one else will be able to steal your data.

Passwords are the first (and sometimes final) line of defense for user accounts. If a cybercriminal figures out the password, they have full access to the account and the details inside it—details that can help them commit fraud or identity theft.

Relying on strong, unique passwords will make it much harder for cybercriminals to hack your accounts.

Many individuals still don’t know basic cybersecurity etiquette. And even if you do, it won’t hurt to brush up on the basics every once in a while.

This goes double if you run an eCommerce site and employ others. Training yourself and them—setting a high standard—will make sure your eCommerce site won’t fall victim to cybercrime.

Software developers often push out security fixes in their patches. Most of these fixes focus on security issues that aren’t publicly known but represent a danger if a hacker was to find it.

Because of this, it’s important you update your devices as often as possible. Check for new updates once or twice a week and update immediately. Some software platforms even let you schedule updates for a time that works for you.

Adding a network security key, whitelisting known devices, frequently updating the network: these tips will secure your network and keep cybercriminals off.