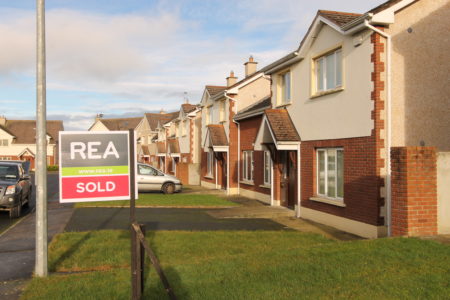 The time taken to sell the average house in County Cork has fallen by six weeks in the past quarter, a national property survey has found.

The REA (Real Estate Alliance) Average House Price Survey found that the average time taken to sell across the county fell over the past three months from 15 weeks to nine.

As people move away from urban hubs and incorporate new working from home lifestyles, the price of the average three-bed semi-detached house in the county rose by 1.6% this quarter to €178,750.

In Cork city, prices were unchanged annually at €320,000 in the city and time to sell fell by a fortnight this quarter to 10 weeks.

“We are seeing demand coming from people who can now work from home and lots of interest in holiday homes,” said Michael O’Donoghue of REA O’Donoghue and Clarke, Bantry.

“There have been some strong price increases in certain areas across the coastal areas around west Cork.”

“We have seen significant demand for property across all price brackets in Q3,” said Sarah O’Keeffe of REA O’Keeffe, Charleville

“We are experiencing competitive bidding on most properties, with many exceeding our expectations.

“Sales are being agreed quicker and time on the market has reduced. We are concerned about a lack of supply going forward.”

The average three bed semi nationally is now reaching sale agreed after seven weeks across the country – a significant fall from the ten-week average in June.

Despite fears of a downturn in the market during the Covid-19 crisis, the price of a three-bedroomed semi-detached house across the country rose by 0.6% over the past three months to €236,046, an annual increase of 0.4%.

Reflecting the beginnings of a flight to rural locations, prices in the rest of the country’s towns rose by almost 1% in 12 weeks to €163,345.

The price of a three-bedroomed semi-detached house in Dublin City rose by 0.5% to €429,333 during the past three months, an annual increase of 0.2%.