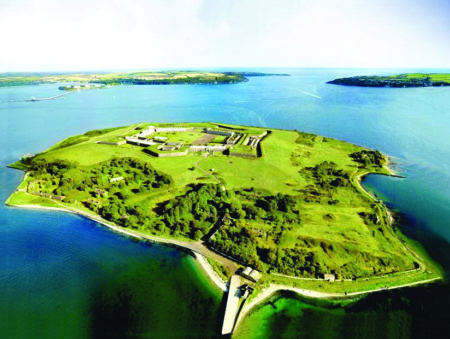 Spike Island Cork is celebrating five years since its reopening in June 2016. The Cork County Council site saw over 6.5 million Euro of investment, funded by Cork County Council and Failte Ireland, to interpret its rich history. The island was the site of a 7th century monastery, a fortress, several prisons and an island home. Run on a not for profit basis, the island hopes to grow visitors and the Cork harbour economy for many years to come.

The 2016 investment saw the construction of roll on pontoons, improved island nature trails, island wide Wi-Fi and the restoration and interpretation of over a dozen separate museum spaces. These include the oldest prison block on the island, the 1858 Punishment block, and the creation of areas dedicated to the island Cork harbour, military and penal past. A cafe and gift shop were also opened to allow visitors a comfortable 3-4 hour visit. 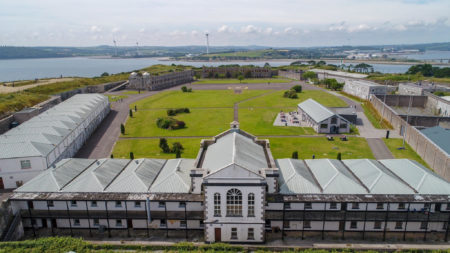 The island attraction has gone from strength to strength, welcoming over 275.000 visitors in its first 5 years. Annual numbers have grown by 300%, from 27000 in 2016 to 81000 in 2019. Covid decimated numbers in 2020, reducing annual visits by over 50%. It is hoped the worst of this impact is over. A second ferry secured in 2019 from the south of France by the island ferry operator, Doyle Shipping, has allowed for continued visitor growth.

The island has won international acclaim for its diverse offering, winning Europe’s Leading Tourist Attraction in 2017, and reaching number one in Cork on review site Tripadvisor. The island is number five in Ireland for top rated visitor attractions.

The island has contributed over 16 million Euro to the Cobh and Cork harbour economy since its re-opening, based on Failte Ireland estimates for domestic and foreign visitors. The island has also increased its employment in line with the growing visitor numbers, creating dozens of jobs in storytelling, administration, ticketing, events and heritage roles.

The island attraction runs regular day tours from Cobh and also a popular night tour feature, allowing adults only to experience the dark history of the site on ‘After Dark’ visits. There are plans to offer further visit options like ‘behind the scenes’ tours, where visitors can see areas off limits to the general public, and ‘Eco-tours’, where visitors can explore the island beaches and learn about how island residents practised early recycling techniques.

The island has also branched into the events market, running concerts, comedy nights, exhibitions and firework displays. An annual calendar of events supports culture and the arts in the unique Cork harbour setting, with a focus on Irish arts and history. 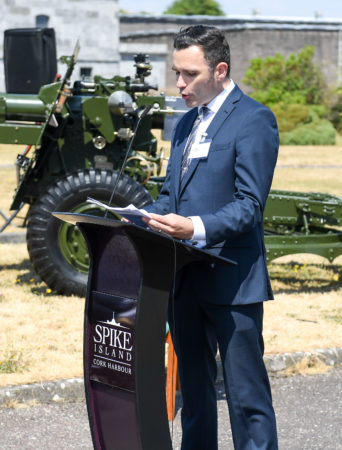 Island manger John Crotty said “We are very grateful to each and every person who visited us over the last five years. Each visitor becomes part of our island history and extended family, and helps us on our mission to increase employment and share our rich Irish history, with the world”. “We would also thank our amazing staff, who work so hard to deliver enjoyable visits, and the hundreds of people involved in making the island safe and enjoyable”. The island is open for visit daily.