Company advises public on measures they can take for pest birds

Rentokil, Ireland’s leading pest control provider, is issuing a warning to the public regarding gulls and other pest birds. The company is advising the public to treat gulls with caution, and also has a number of practical steps that people can take to prevent the presence of these pest birds on their premises.

Rentokil has noted that a large proportion of callouts for gulls and other pest birds so far this year are originating from urban areas. Urban areas offer pest birds easy access to food waste and tall buildings can mimic high cliff tops that birds such as gulls would traditionally nest on.

August is typically the time of year when gulls are nesting; tending to young chicks who have recently fledged. The birds can become extremely aggressive and protective of their young. They are also likely to harass or try to steal food from members of the public and raid waste bins in search of food to bring back to the nest. 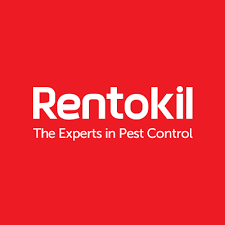 Pest bird droppings can also present a hazard as they can contain bacteria including E. coli and Salmonella and can lead to the spread of infections through surface contamination, inhaling bacteria from dried droppings, or being transferred by bird mites, which can bite both people and birds.

Richard Faulkner, Advanced Technical Field Consultant with Rentokil said “Pest birds such as gulls can be a nuisance for home or business owners at this time of year. However, there are some steps you can take:

The best way to discourage the presence of birds at a premises is to remove their food sources.

Removing access to nesting sites, for instance by putting barriers over window ledges, can also be an effective bird deterrent.

Home or business owners should also make sure bin lids are secure and rubbish bags are not left in the open – gulls have sharp beaks that will make short work of bin bags.

Another option to consider would be the use of a fake decoy birds of prey which may deter the presence of pest birds.
However, if the problem persists, the best option would be to seek the advice of a professional pest control service.

Rentokil controls pest bird species in accordance with the EU Birds Directive and the Irish bird derogations and use non-lethal methods to control all other species of birds if they become public health pests. Rentokil employs a number of different safe and eco-friendly methods to protect premises from pest birds, including the installation of bird spikes and bird netting. Experts can also employ hawking, using specially trained birds of prey to scare and deter pest birds from an area without harm.