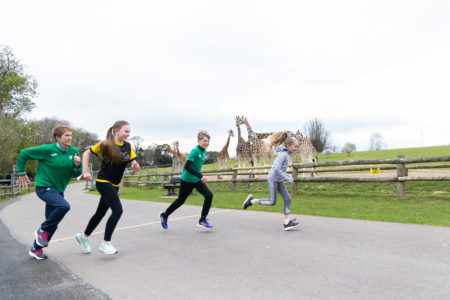 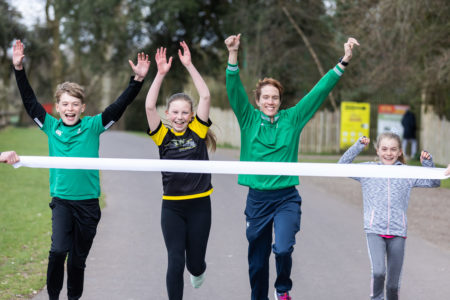 The famous 5k Cheetah Run is set to return to Fota Wildlife Park for the first time since 2019 – tickets go on sale at www.eagleac.net on Friday 8th of April

Today Olympian Aoife Cooke launched the 5-kilometre Cheetah Run at Fota Wildlife Park, which marks its return to the 100-acre park on Thursday 19th of May 2022 after a two-year hiatus due to the pandemic.

The Cheetah Run, organised by Eagle Athletic Club, is sponsored by John Buckley Sports, and Brooks Running and the registration is open for entry at www.eagleac.net on Friday 8th April.

Fota Wildlife Park hosts the event in conjunction with Eagle Athletic and uses the funding raised to support conservation projects such as the re-introduction of the Madagascar Pochard to Lake Sophia in Northern Madagascar and the European Bison to Poland and Romania. The race attracts 1000 participants and offers runners an exclusive route through the 100-acre Fota Wildlife Park – past giraffes, lions, tigers and cheetahs and through the neighbouring Fota House and Gardens.

Last year Eagle AC succeeded in raising over €4500 from a virtual race for Fota Wildlife Park which had been closed for several months that year due to the pandemic.

Aoife Cooke said “I’m absolutely thrilled to be launching the Cheetah Run, it’s a very special race and a unique race and even more so as the race will be returning on site for the first time in two years. So many people have been getting involved in fitness and running since the pandemic and I would say that now is the chance to take part in a very accessible competition in terms of distance. Plus, I’m also delighted to see that Eagle Athletic Club is encouraging the younger runners to take part. There is a mile-long race for those aged 11 to 15, so like Fota Wildlife Park itself, the Cheetah Run is suitable for the wider family.”

Sean McKeown, Director of Fota Wildlife Park said “We’re delighted to partner with Eagle AC again this year and welcome the Cheetah Run event back to Fota Wildlife Park. It’s a wonderful family-friendly evening and there is always a great atmosphere during the event. The annual Cheetah Run is also a great way to create awareness for the fact that we are a conservation charity, as well as funding for the conservation work that we do. The funds raised directly support projects such as the Natterjack Toad Head Starter programme, the Madagascan Pochard, and in Vietnam, the Tonkin Snub-nosed monkey and the Western black crested gibbon conservation projects.”

Registration opens online at www.eagleac.net on Friday 8th April and costs €15 per adult runner and €8 per juvenile. The juvenile race is open to those aged from 11 to 15 years of age. The Cheetah Run adult race commences at 8 pm and the juvenile race starts at 7.15 pm on Thursday 19th of May. Each runner can bring a maximum of four visitors along with them free of charge to watch the race.