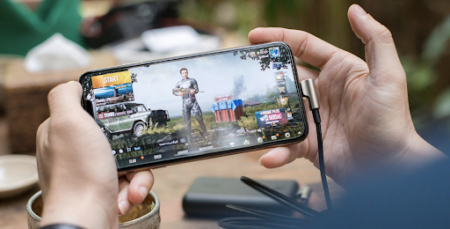 Unless you’ve been living under a rock for the past decade or so, you’ll be fully aware of mobile gaming’s growth. When assessing the array of entertainment options we can utilise in 2022, gaming on a portable phone in the palm of your hand is an understandably appealing option. It’s convenient, the games on offer take seconds to download, and they’re generally solid products.

Despite other gaming options proving to be popular also, such as a hugely powerful PlayStation 5 console or a Nintendo Switch, the number of smartphone users in Ireland is said to be at around 3.6 million. As such, smartphone gaming is available to the public using either an iOS or an Android device. The games on offer and the general gaming package might not necessarily beat a console, but smartphone gaming quite evidently has something going for it.

We’ve touched on it already, but a large reason behind smartphone gaming’s global rise has been credited with its convenience. Whether you’re on iOS or Android, there are thousands of games to access within seconds. These games can be fired up and closed down as and when it suits someone during a typical day, enabling mobile gamers to have a selection of games accompanying them at all times. Alternative options, such as a console machine, can only be sampled while indoors and require far more time and attention to master. Whether you’re exploring augmented reality hits like Pokemon Go or playing online roulette games at a popular casino, mobile games are generally easier to pick up and master than their console counterparts. Smartphone titles might lack the detail and advanced graphics on offer through other gaming options, but we live in a world where people want convenience. This, coupled with society’s reliance on a modern-day mobile, has meant that millions of people in Ireland and around the globe have discovered the benefits of gaming on a mobile phone.

Profile of mobile gamers in Ireland

With mobile gaming reaching more people than ever before, the image of a stereotypical gamer has changed as a result. According to research put together by Priori Data, the age of an average mobile gamer in Ireland is hard to determine because everyone is playing games, but action, arcade, sports, simulation, and adventure products are popular among Irish players. In the past, games such as Flip Master and Car Driving School Simulator dominated the downloads, but they have been replaced by more innovative and intricate games these days, with Irish players turning to titles such as Roblox, Apex Legends Mobile, Tall Man Run, Subway Surfers, and Crazy Kick at the moment. There are a huge selection of console-quality games making the crossover to mobile also, with the likes of Minecraft, Football Manager 2022 Mobile, and Grand Theft Auto: Vice City thriving in Ireland right now. These games, and others, have been driving forces for the segment’s overall development. 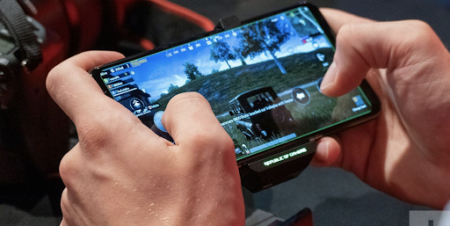 One of the main reasons why smartphone gaming has risen up the entertainment ranks and become a go-to option for many people in Ireland is down to the rising costs of other gaming products. For many, console gaming has become extortionate. For example, most leading PS5 games cost around €74.99, and that’s before you’ve factored in the cost of the actual console and any accessories gamers require. As such, mobile gaming represents a more affordable alternative as the games available to play are either completely free or very cheap. Additionally, the fact that smartphone titles can be downloaded in seconds and enjoyed anywhere makes gaming on a phone an understandable proposition.