Formed in 1985, the League of Ireland Premier division has brought joy and happiness to the face of many Irish men and women. Despite not being one of the most successful leagues in Europe, the league has found a way to bring entertainment not only on the football pitch but also through the use of technology where both young and old can bet on their favourite teams using some of the best betting apps Ireland. 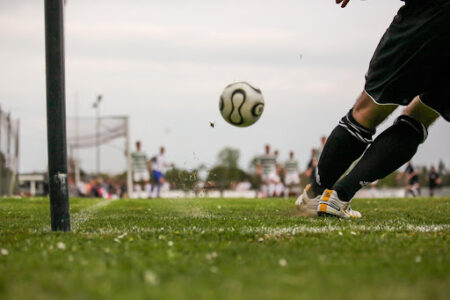 With the level of sports betting increasing, especially in Ireland, it is important to know some of the biggest and most popular sports teams on which the Irish people bet their money.

According to sports betting statistics from a poll organized by the Health Research Board of Ireland in 2021, 48% of people aged 15 and above have gambled at least once in the last twelve months. Other statistics also showed that everyone who gambled online did so by placing a bet on a sporting event.

These are the five most popular teams competing in the Irish football premier division.

Dundalk is one of the oldest football clubs still active to date. The 118-year-old club played in the junior league division of Irish football for 25 years before joining the country’s top-flight league in the 1923-24 season.

Dundalk was so good that it took them less than 7 years to win their first league title, making them the first team outside eastern Ireland to win the league title.

As of 2021, Dundalk has won over 49 national trophies and is the only club in the country to have successfully won a league title every decade since the creation of the league. According to the UEFA club coefficient, Dundalk is the highest-ranking club in the country.

Dundalk, who currently sits second on the league table with one game in hand, will be looking to clinch their 9th premier division league title if they can successfully win all outstanding and future games for the 2022 season.

Shamrock Rovers is arguably one of the best and most popular clubs in Irish football. Despite its financial troubles and poor players’ performance, this club has retained some of the records and standards it set in the league for over 60 years.

The Dublin-based club won the league on their first attempt and successfully went on to win it 14 more times to crown themselves as the most successful league club in Irish history. They also retain the record for the only club to have won the league title six successive times.

The famous Dublin club known for its green and white home jersey became the first Irish club to feature in European competition in 2011. Shamrock Rovers also holds the record for producing players with the highest number of national team call-ups in Irish history.

Despite not being in the top Irish league currently due to debt, Shelbourne FC still holds the record as Ireland’s third most successful and popular club.

Founded in Dublin in 1895, Shelbourne Football Club, also known as the Shels, has made its fans proud by winning 13 league titles, a feat that only very few clubs in the country can boast of.

In 2005/06, the Shels became the first club in Ireland to reach the third qualifying round in the UEFA Champions League, with their star striker Jason Bryson, an Irishman bearing the honour of being the player who was instrumental in creating this iconic moment in the country’s football.

One can’t mention 5 teams in Ireland without Bohemians. Bohemians, one of the greatest clubs in Irish football, have successfully maintained their elite position in the league by steadily investing in the club’s development.

With over 10 trophies under their belt and a match attendance of over 2000 people on each match day, Bohemians is arguably one of the biggest football clubs in Ireland.

In 2016, the Dublin City council approved a plan to demolish and rebuild Dalymount in the phases after losing a long legal battle concerning land ownership. The stadium has since been completed, and the club now plays its home games there. Some interesting things about this club are that it is wholly owned by fans, and it shares a bitter rivalry with Shamrock Rovers.

St. Patrick’s Athletic FC, popularly called the Saints, is the club with the most vocal and active fan base in the country. The Saints, who hold the record as the only team in the Irish top football league to have never been relegated, have been doing everything within their power to hold on to this record.

Despite the club not being among the top 3 teams in the country, no fan is prouder of their club than a St. Patrick fan. It is believed that Saints fans do not just support their team; they believe in them no matter where they find themselves on the league table.

Ireland might not have the biggest football players, clubs, or the richest club owners like it is in the English Premier League, but one thing they have in equal amount to every other league in the world is their undying passion and love for the sport.

With the joy and satisfaction football gives the people of Ireland, there is no doubt that the League Of Ireland Premier Division will continue to grow, and it may even be able to rival some of the biggest football leagues in Europe and the world in the foreseeable future.