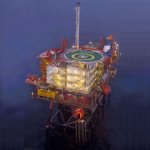 The Kinsale gas pipeline should not be decommissioned due to current pressures on gas supplies in Europe and a lack of alternatives in Ireland, according to Fine Gael TD David Stanton.

Deputy Stanton, who represents Cork East, raised the matter of the imminent decommissioning of the Kinsale gas pipeline off the Cork coast in the Dáil chamber.

Deputy Stanton said: “Due to the current pressures on gas supplies in Europe, no gas storage infrastructure in Ireland and a reliance on the gas interconnector to Scotland, I am greatly concerned that we have no contingency if the situation deteriorates further.

“We depend on gas to cook our food, heat our homes, power industry, and generate a lot of our electricity. Many recent reports have highlighted serious concerns regarding the country’s almost total reliance on gas imports arriving through the pipeline from Moffat in Scotland”.

Deputy Stanton said the decommissioning of the Kinsale gas pipeline and the Inch onshore terminal be halted as we rely on it to supply most of our national gas supply needs.

“I see this pipeline and the terminal as critical pieces of national infrastructure which could be used to facilitate a Floating Storage and Regasification Unit (FSRU) for non-fracked LNG imports. These imports would provide a consistent, and what I believe to be necessary, backup support to ensure security of supply in our transition to renewables. 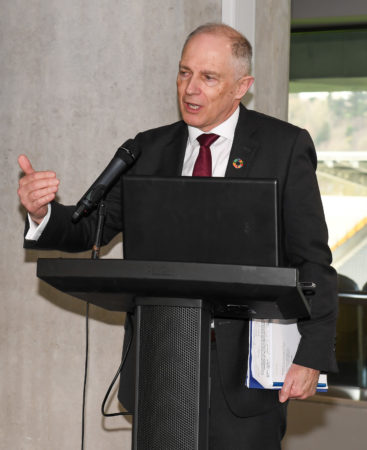 65 year old Cork East TD David Stanton is a member of the Government Party Fine Gael. Stanton was first elected to Dáil Éireann at the 1997 general election and has been re-elected at every general election since.

“This pipeline and the associated infrastructure remain in place as the Kinsale and Seven Heads gas fields go through the decommissioning process. I would ask that the decommissioning of this infrastructure be stopped and the possibility of affixing an offshore FSRU be closely examined. We need to look at the potential benefits to further diversifying the country’s gas supply sources.

“This would mean that we could move relatively quickly to ensure an alternative method of satisfying security of gas supply in the event that supplies through the gas interconnector to Scotland were unable to be fulfilled”, concluded Deputy Stanton.