Workers’ Party Councillor Ted Tynan has said he is dismayed at news that
Cork City Council has offered voluntary redundancy to an unspecified number
of staff today (Friday).

Cllr. Tynan said that the City Council was already near breaking point due
to under-staffing as a result of the public service embargo and is already
struggling to provide all the services required of it. The Workers Party
councillor said he had learned that Council staff had been issued with the
offer of taking redundancy in a circular to staff this morning.

“This is completely inappropriate on a whole load of fronts”, said
Councillor Tynan. “For starters as I have said there is a huge staffing
shortage in the City Council. Employees who have left over the past few
years have not been replaced and there are at least 200 fewer staff than
there were three or four years ago. Secondly this is at a time when new
employment should be the priority. This country and Cork in particular is
in the grips of an unemployment crisis”.

Councillor Tynan said that it would be impossible for the City Council to
function properly after this redundancy scheme. It would inevitably lead to
further cuts of services and further impetus towards privatisation. He
accused the government of having an agenda to destroy local government in
this country. 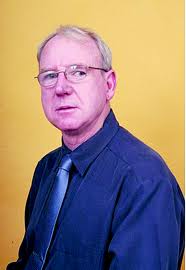