It is almost 40 years since Cork native and Galway resident Dr. Chris Coughlan first wrote and published the book ‘Olde Cork’, it is now being republished in an enlarged updated version, with additional chapters. The book was first published in 1975 when he was a teenager and was one of the most sought after historical, theatrical and commercial pocket guides to Cork of its time. This revised edition of Olde Cork is primarily meant as an historical introduction to Cork for visitors, locals and especially young people who are unaware of the city’s past but are eager to learn about its origins, development and history.

Olde Cork is an overview of the people and events that led to Cork’s development as the second largest city in the Republic of Ireland. It is intended to be a useful guide that gives an appreciation of the early beginnings, past eras and changing fortunes of Cork City. It is not surprising that Cork has often been referred to as the ‘Venice of Ireland’ when one considers that, in all, it stands on 13 islands. Likewise, the word ‘Cork’ comes from the Gaelic ‘Corcach Mór na Mumhan’ which means ‘the Great Marsh of Munster’. 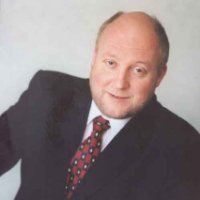 “I am delighted to have been able to revisit, revise and enlarge ‘Olde Cork’ after almost 40 years. It has afforded me an opportunity to include a comprehensive chapter on famous Corkonians which is complimented by a series of wonderful portraits by well known Cork artist Kevin Sanquest, including Sir John Arnott, James Barry, George Boole, Michael Collins, Daniel Corkery, Jack Lynch, Seamus Murphy, Frank O’Connor, Daniel Florence O’Leary, John Hogan, Rory Gallagher and Eibhlís de Barra. The pocket guide begins with a comprehensive chronological history of the city which immediately gives the reader a relative overview and timeline from which to appreciate the social, cultural and commercial development of Cork City within its own historical context. In addition I am particularly pleased that the revised book includes a history trail of the city which can serve as a starting point from where readers can conduct further investigation and research into areas that have taken their interest.

The Publisher of Olde Cork, Michael Mulcahy said, “This is a work of great study, interest and sourcing and I congratulate Chris on his fine work and know that the new generation of Corkonians as well as tourists and visitors alike will benefit enormously from this great compilation of historical, theatrical, civic and commercial facts about Cork”.

Olde Cork will be officially launched by the Lord Mayor of Cork Cllr. Catherine Clancy today at 2pm in the Cork Vision Centre @ St Peter’s on North Main Street. Everyone is invited and the author will sign copies of his book. The book is priced at just €10 and all proceeds are being donated to the Cork Charity Foundation.