The competition is recognised as one of the most prestigious competitions in Macra, with only a handful of Cork Teams winning the trophy since its inauguration. The team thanked their coaches Tim Lombard (FG County Cllr), Gavin Howe and Alan Jagoe (Former Macra President), who were instrumental in guiding them over the course of the competition. There was extra cause for celebration as David O’Sullivan also was awarded the ‘Peter Murphy memorial trophy for Best Speaker’. There was a formal vote of congratulations at this weeks meeting of Cork County Council for the team.

This is the second time that Carrigaline Macra has won the National Final of the competition; the first being in 2008, when Gavin Howe, Alan Jagoe, Tim Lombard and Frank O’Mahony took home the coveted title.

The long journey began in November 2014, with Carrigaline opposing the motion “That Social Media does more harm than good” in the Seandún Regional Semi-Finals. Several venues later from Cork to Portlaoise, Offaly, Cavan, and debates ranging from: “Freedom of Speech requires more limits”, “Operation Transformation should be mandatory in the workplace” and “Reducing the eligibility for nomination for President of Ireland to 21 years of age is a positive move”, the team reached the National Final to face East Laois Macra. A thrilling debate delighted the audience, with Carrigaline proposing the motion “That the state must invest more to support Rural Ireland.” 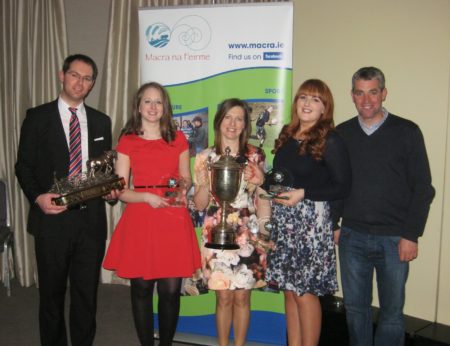 The team have now won themselves a place on the annual Prizewinners trip which takes place next October.

For more information on the event, or how to join the club, check out Carrigaline Macra on Facebook.