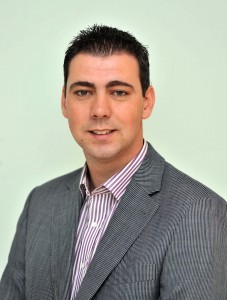 Mayor of the County of Cork Cllr. John Paul O’ Shea has appealed to the Government to invest in Cork in order to secure its economic and social development for the future.

Following publication this week of the report of the Dublin Housing Supply Task Force, set up under the Government’s Construction 2020 Strategy, Cllr. O’Shea said “It is crucial we in Cork get the state investment needed in order to pave the way for the much needed housing requirements for the county. Cork County Council’s planning staff have outlined the need for Cork to build in excess of 10,000 additional houses up to 2020 in order to cater for the sustainable and co-ordinated growth of Cork as a whole. I am calling on the Government to invest in Cork in order to secure its economic and social development for the future”.

In parallel with the recent request from the Dublin Housing Task Force, Cork County Council is seeking Government backing for critical roads, surface-water and transport infrastructure proposals that will unlock significant economic growth and much needed new housing development in the ‘Metropolitan’ area close to Cork City.

The County Council’s Planning and Strategic Development Strategic Policy Committee has confirmed the conclusions of the Chief Executive that between 3,000 and 3,500 new houses need to be built each year to meet the changing needs of the current population and to provide for population growth that will underpin the future economic development of Ireland’s Second City and its Region.

In the critical area closest to Cork City, over 60% of the supply of land for new housing, already identified in County Council Plans, is comprised in nine large development sites in Ballincollig, Ballyvolane, Blarney, Carrigaline, Carrigtwohill, Cobh, Dunkettle, Midleton & Monard. Housing and business development in these strategic locations cannot begin without investment in critical roads, water and transport infrastructure.

Provisional estimates suggest that three of these sites (Carrigaline. Carrigtwohill and Midleton) could deliver over 6,800 houses but require state-backed investment totalling €24.7m, mainly to secure adequate roads & footpaths, surface water drains and amenity infrastructure. Irish Water have already indicated that they will make provision for investment to support these planned developments in their investment programmes.

The initial cost to the State would be around €3,600 per home, a similar level of investment to that recently identified by the Dublin Housing Task Force. However, the County Council intends to re-coup a substantial contribution towards the cost of this infrastructure from developers as development progresses but needs State backing to fund the initial outlay without which development cannot begin.

County Council staff are preparing ‘Framework Masterplans’ for each site to co-ordinate the timing of development with the provision of infrastructure. Local Area Plans are being amended so that there is a clear blue-print for development. Three of these completed initial public consultation in recent times

In line with Government policies, the Council has prioritised locations in Midleton, Carrigtwohill and Carrigaline, all in established transport corridors in the Metropolitan area closest to Cork City.