Cork MEP is against Transatlantic Trade and Investment Partnership

Speaking at a public meeting in Cork City last evening, Sinn Féin MEP Liadh Ní Riada described The Transatlantic Trade and Investment Partnership as “a serious threat to the rights of ordinary citizens and the future of democracy within the European Union”.

She said that the TTIP legislation contains many destructive elements that will impact negatively on workers rights, agriculture and the environment in a very profound way. She stated that the legislation, particularly the controversial ISDS mechanism, was akin to the underpinnings of a dystopian society. 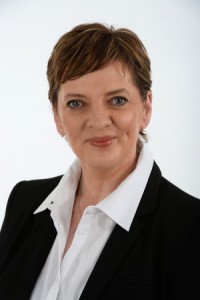 “TTIP is perhaps the most destructive legislation to ever come through the European Institutions in terms of its potential to erode the rights of ordinary citizens and the very real threat that it poses to democracy in the EU.

“The ISDS mechanism is a shady, behind-closed-doors forum for corporations to sue governments. The mechanism basically undermines the democratic right of parliaments to legislate in the best interests of their people. It turns the legislative focus to the interests of multinational companies and private investors. It would undermine democracy by allowing major international companies to ride roughshod over the democratic decision of the EU.

“TTIP will have a destructive influence on every aspect of our lives and this includes agriculture. Ireland as an island is export-led in terms of agriculture. 90% of our beef is exported while 85% of our dairy produce is exported. The US is attempting to use TTIP as a Trojan Horse in order to gain access to this market. This will be a disaster for Irish beef producers because, to the unregulated environment across the Atlantic, their US counterparts do not have to bear the same costs of production.

“Ireland’s beef sector is expected to contract by a value of between €25-45 million as a result of TTIP. This would be a nightmare when you consider that the Irish Beef Sector supports 100,000 family farms.

“The erosion of the right to work is also a very alarming aspect of TTIP. The European Commission has estimated that TTIP will bring about the displacement of between 600,000 to 1 million jobs across the EU. Furthermore. The agreement will allow companies to sue states in relation to aspects of workers’ rights legislation that they want to see erased.

“It is not unreasonable to argue that TTIP represents the underpinnings of a dystopian society.

“Sinn Féin has been to the fore of the campaign against TTIP in Europe and we will continue to oppose any moves which threaten workers rights, agriculture, food safety and potentially people’s health.” 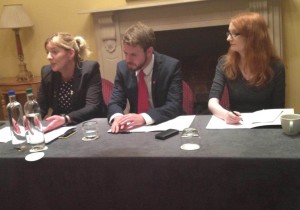