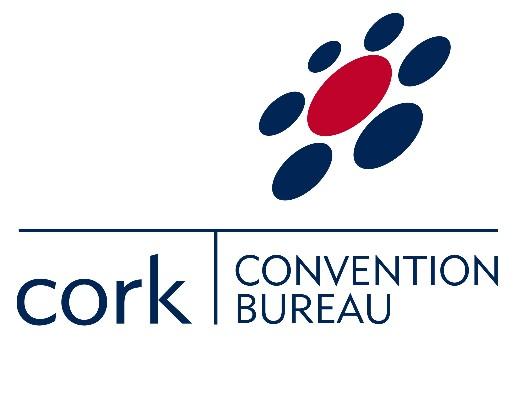 Cork Convention Bureau (CCB) tonight hosted the second annual #CorkNeedsYou Cork Conference Ambassadors Awards at the Vienna Woods Hotel. The prestigious ceremony paid special tribute to six category winning ambassadors who have helped secure in excess of €10 million for the local economy over the past 12 months and who were instrumental in bringing more than 13,000 delegates to Cork in the past year, 7,000 of whom were international delegates.

Seamus Heaney, Chairman of Cork Convention Bureau said: “I’m delighted to be here this evening, paying a well deserved tribute to all of our Cork Ambassadors who work tirelessly to deliver valuable business tourism for Cork. To give you a sense of the value of business tourism to the local economy, more than €50 million has been generated in the past eight years here in Cork. During the last 12 months alone, we have helped bring more than 13,000 delegates to Cork, 7,000 of whom were international visitors. As we celebrate our award winners here tonight, I would also like to pay tribute to both Cork City Council and Cork County Council for their overall support and for their vision in recognising the value of business tourism to the economy here in Cork.”

During the awards ceremony, honourees were awarded for bringing international conferences and events to the region and special recognition was given in six separate categories:

The Special Interest Award this year went to Declan Tyner, District Governor at Rotary Ireland, who this year secured an international Rotary conference for Cork, bringing more than 400 delegates to the city from throughout Ireland, the UK, Portugal and other far flung locations. The event ensured that international Rotary members from across the globe were introduced to the wonderful delights that Cork has to offer and many noted their determination to visit again in the very near future!

PepsiCo received the Corporate Ambassador Award this year for bringing its Global EHS Summit Conference to Cork. More than 150 national and international delegates attended the event which was held over a five day period. This followed on from PepsiCo’s hugely successful Global Auditors Conference, also held in Cork in 2014. PepsiCo Ireland is a key part of PepsiCo Worldwide Flavours and began operations in Little Island, Co. Cork in 1974. In 1996, PepsiCo’s operations were expanded with the addition of a financial services division. In 2003, PepsiCo’s Carrigaline manufacturing facility was opened and in 2007, Cork became a flagship location for the company with the establishment of its Worldwide Concentrate HQ.

This year, the Association Award went to Geraldine Boylan, Professor of Neonatal Physiology at UCC. In October, Professor Boylan brought the 9th International Conference of Brain Monitoring and Neuroprotection in the Newborn to Cork. Over 280 delegates attended the three-day event, 36% more than originally expected. In fact, it was only the third time the conference was held outside the USA and it was the most successful one yet. Organisers hope to bring the event back to Cork in 2017.

This year’s Academic Award went to the George Boole team at UCC. The award recognised the extensive series of conferences in Maths and ICT held in Cork during the bicentennial year of George Boole’s birth. Boole was a mathematical genius who was appointed as the first Professor of Mathematics at UCC in 1849. Boole is considered a pivotal figure in field of mathematics and is rightly described as the ‘father of the information age’. His invention of Boolean algebra and symbolic logic pioneered a new mathematics and surrounds us in today’s modern world of computers, information storage, electronic circuits and 21st century communications. This year’s series of conferences and seminars organised and hosted by UCC to commemorate George Boole brought more than 700 international delegates to Cork, with an economic benefit of more than €1 million accruing to the city.

This year’s Special Recognition Award went to Gerardine Lynch, Chairperson of the Marymount International Conference Organising Committee, which hosted its first international conference on ‘Palliative Care and Care of the Older Person’ in Cork. Gerardine and her dedicated committee were responsible for hosting an extremely successful conference, bringing more than 200 delegates to Cork from 13 different countries. 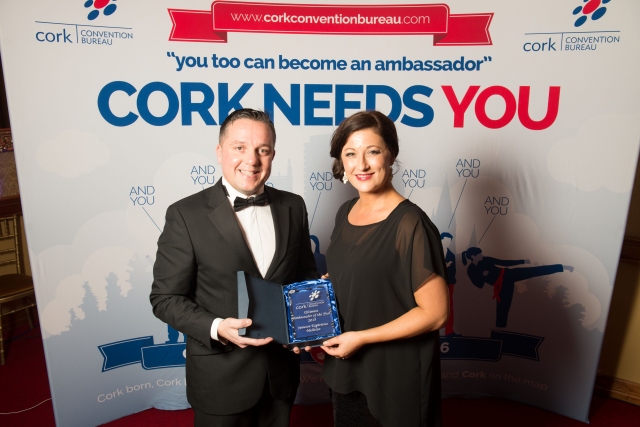